Eir, Ireland's Incumbent telecommunications provider, operate a 2G to 5G network in the country. Eir use Huawei as their 5G and modern 2G to 4G RAN vendor. Some flagship 5G sites and configurations are shown below. 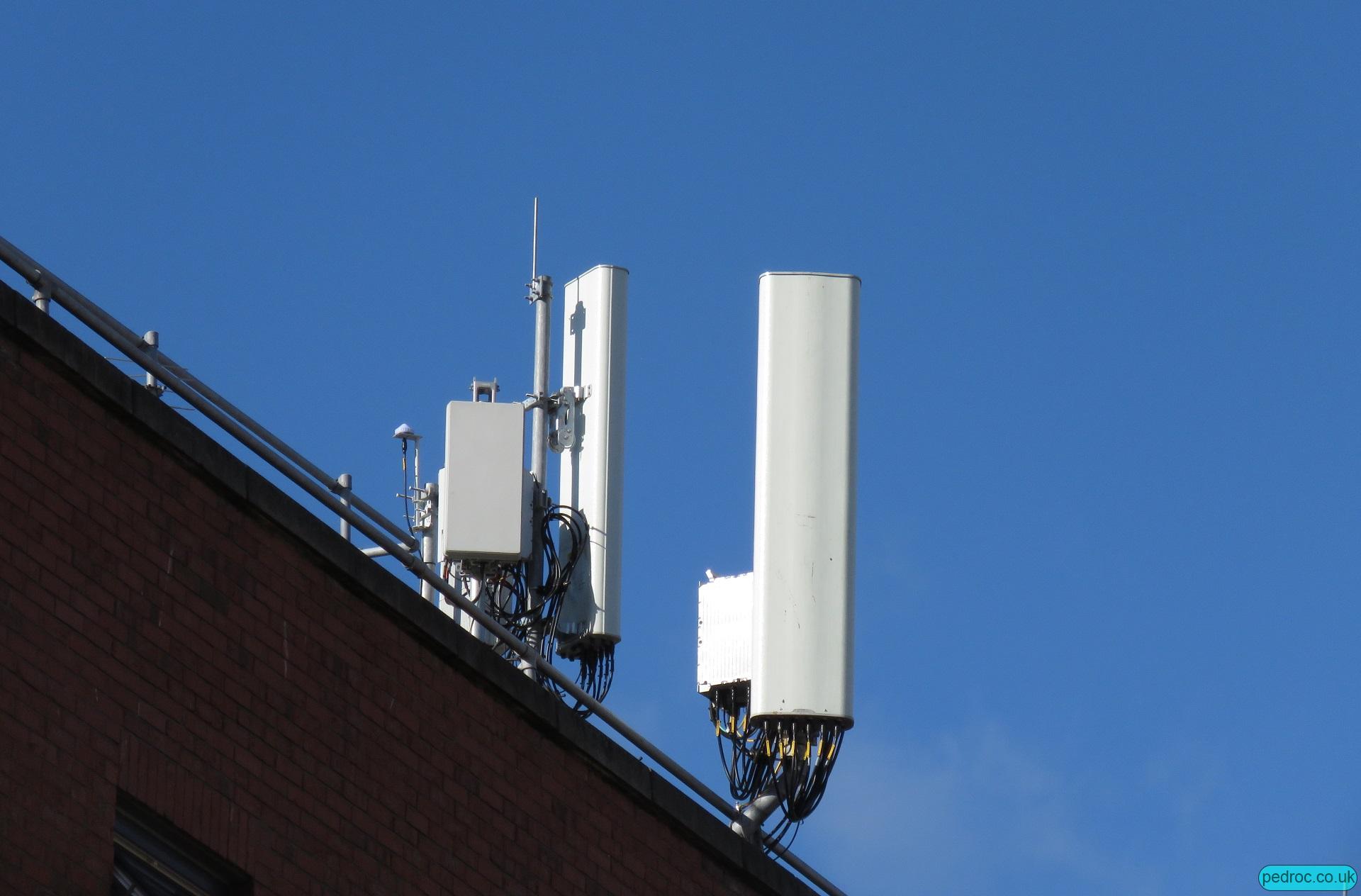 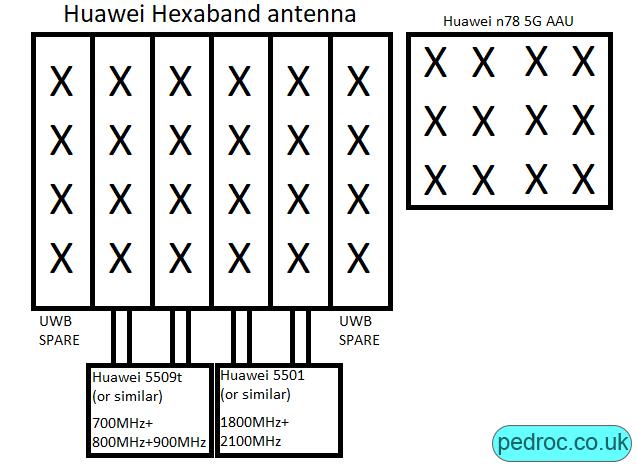 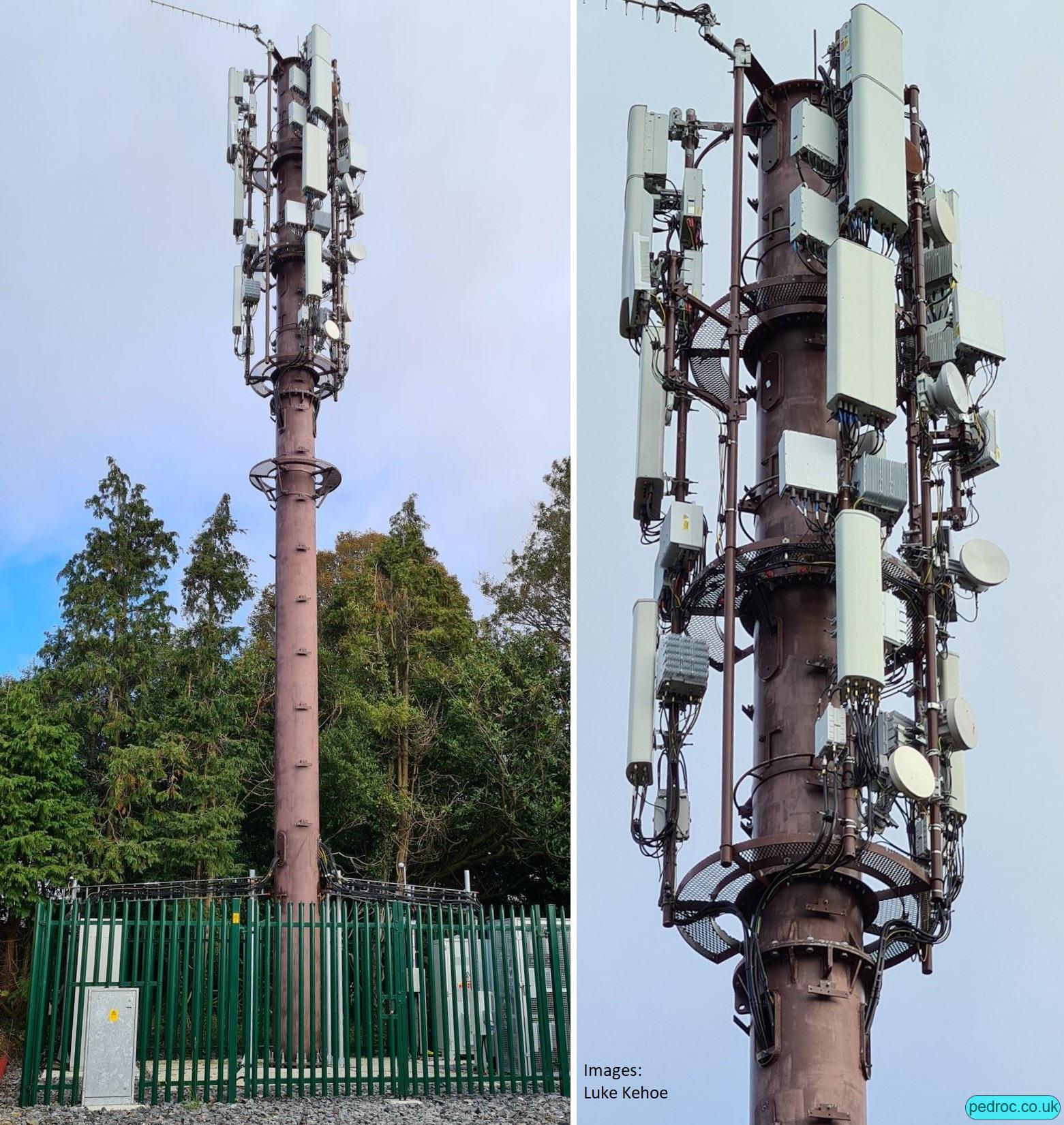 This site is multiple operator with Eir occupying the top stack. Eir use Huawei's AAU5811 product which features a 32T32R Massive MIMO unit mounted above a passive antenna. Fundamentally, it is much the same as the rooftop example above though. 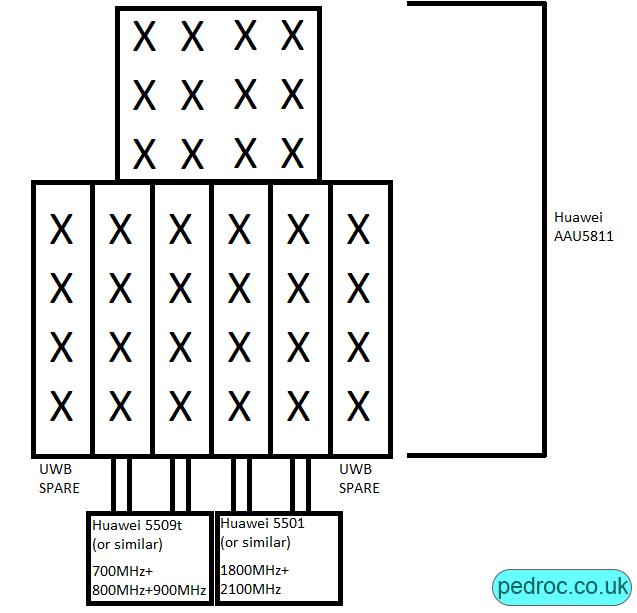 Schematic of the AAU5811 site.