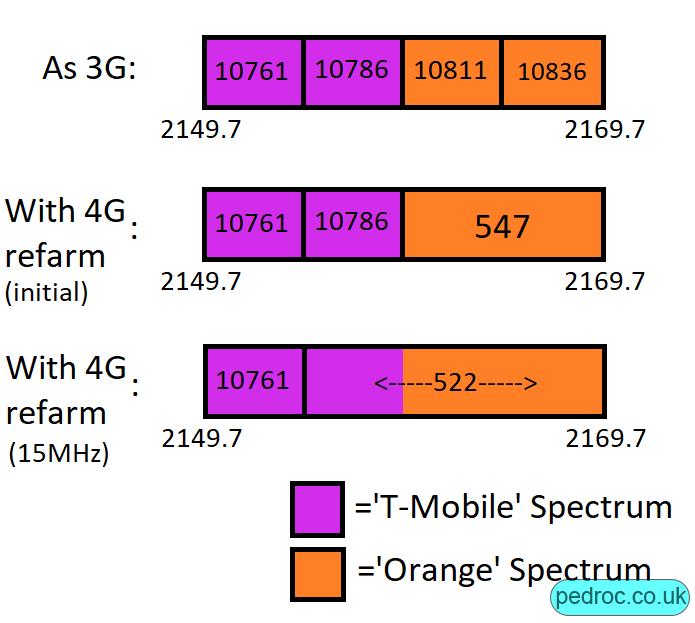 EE was formed from the merger of Orange and T-Mobile who each had 10MHz paired of 2100MHz (FDD) and therefore operated two 3G carriers on the band: UARFCNs 10761 and 10786 were operated by T-Mobile and 10811 and 10836 by Orange. The T-Mobile network was broadly favoured by EE during the consolidation process and therefore 10761 and 10786 remained as the base carriers, while 10811 and 10836 were, and are, for high load urban areas only. However, with the increasing penetration of 4G devices and calling over 4G (VoLTE), load on 3G has decreased and on 4G has increased, making reuse the most efficient use of spectral assets. As the Orange carriers are "extra" 3G capacity, instead of base, it therefore makes sense to refarm them first, which is what EE has done, converting 10811 and 10836 to the LTE carrier of EARFCN 547. As of August 2018, the L21 has been widened to 15MHz on some sites, swallowing up 10786 to refarm as well.

Huawei recently launched dual band RRUs capable of emitting 1800MHz and 2100MHz simultaneously from the same unit. They are software defined radios so can operate multiple radio access technologies on each frequency, either individually or simultaneously ie 2G and/or 4G on 1800MHz and 3G and/or 4G on 2100MHz all at the same time. They are 2T4R but can be paired up on each sector to do 4T4R on both bands. Their IBW is 40MHz per band, which is just a tad below EE's holdings for 1800MHz but is significantly above for 2100MHz.

All in all, a lot of spectrum! 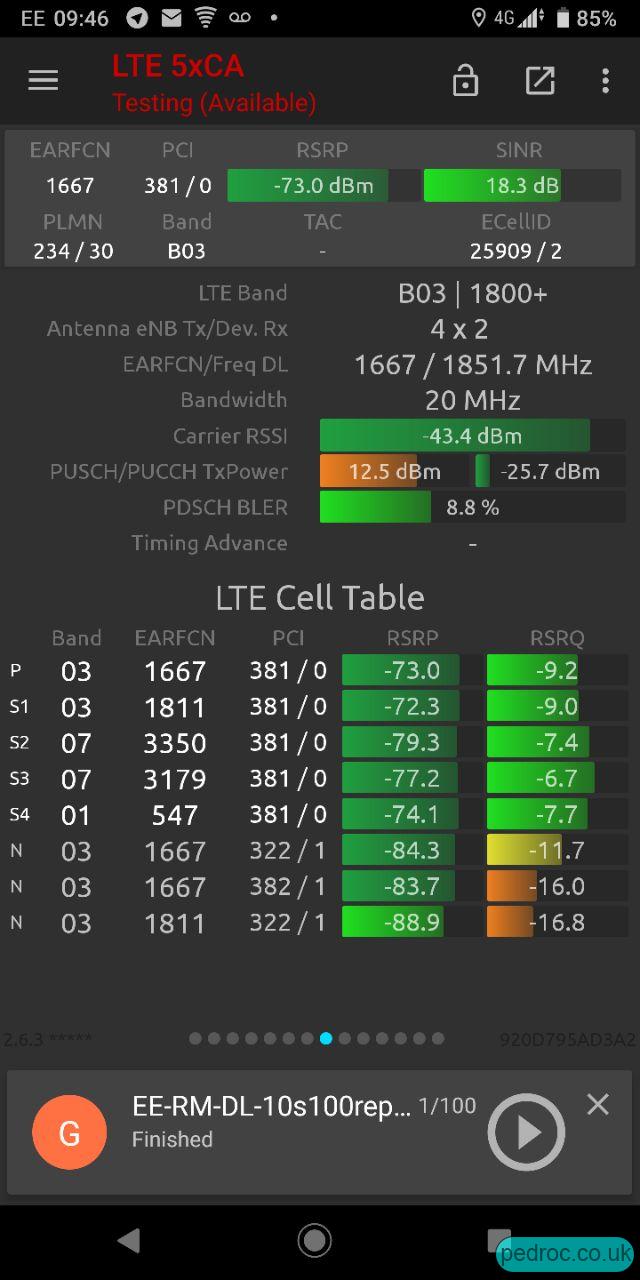 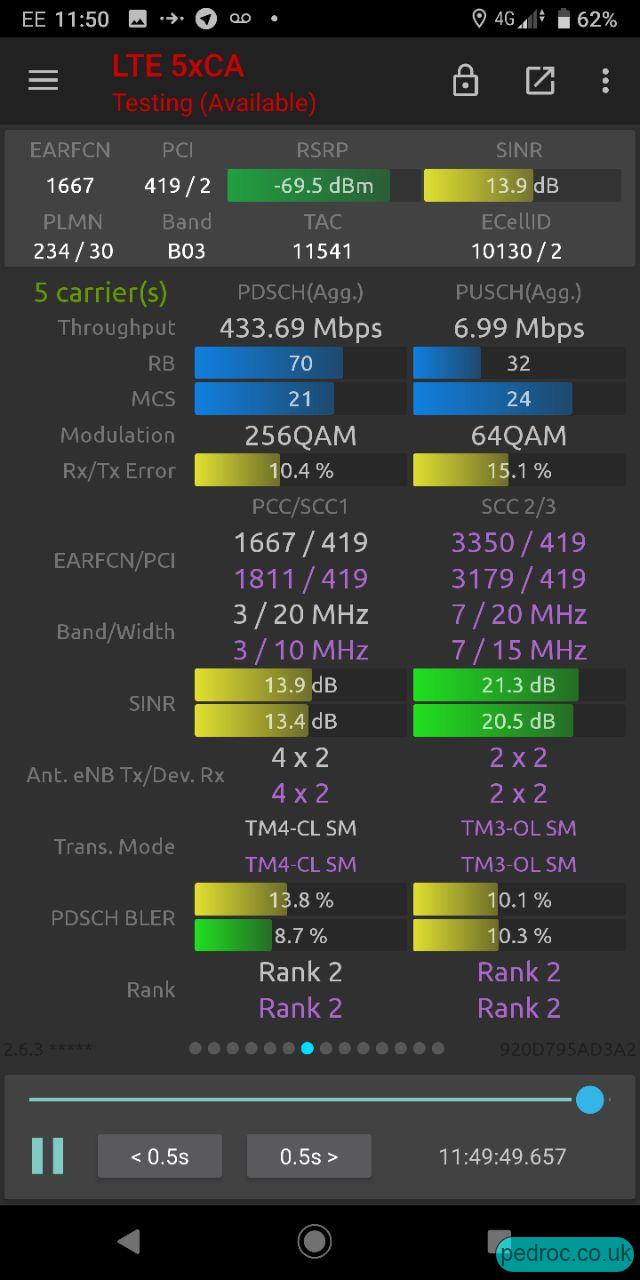 Lots of sites in London have 5CA now with bands 1 and 3 being 4T4R.

Thanks to Jake @AD_couk for visiting Cardiff, collecting screenshots and taking the photos.