All carry 4G on various new looking antennas and a number of frequencies. Antenna schematics included. 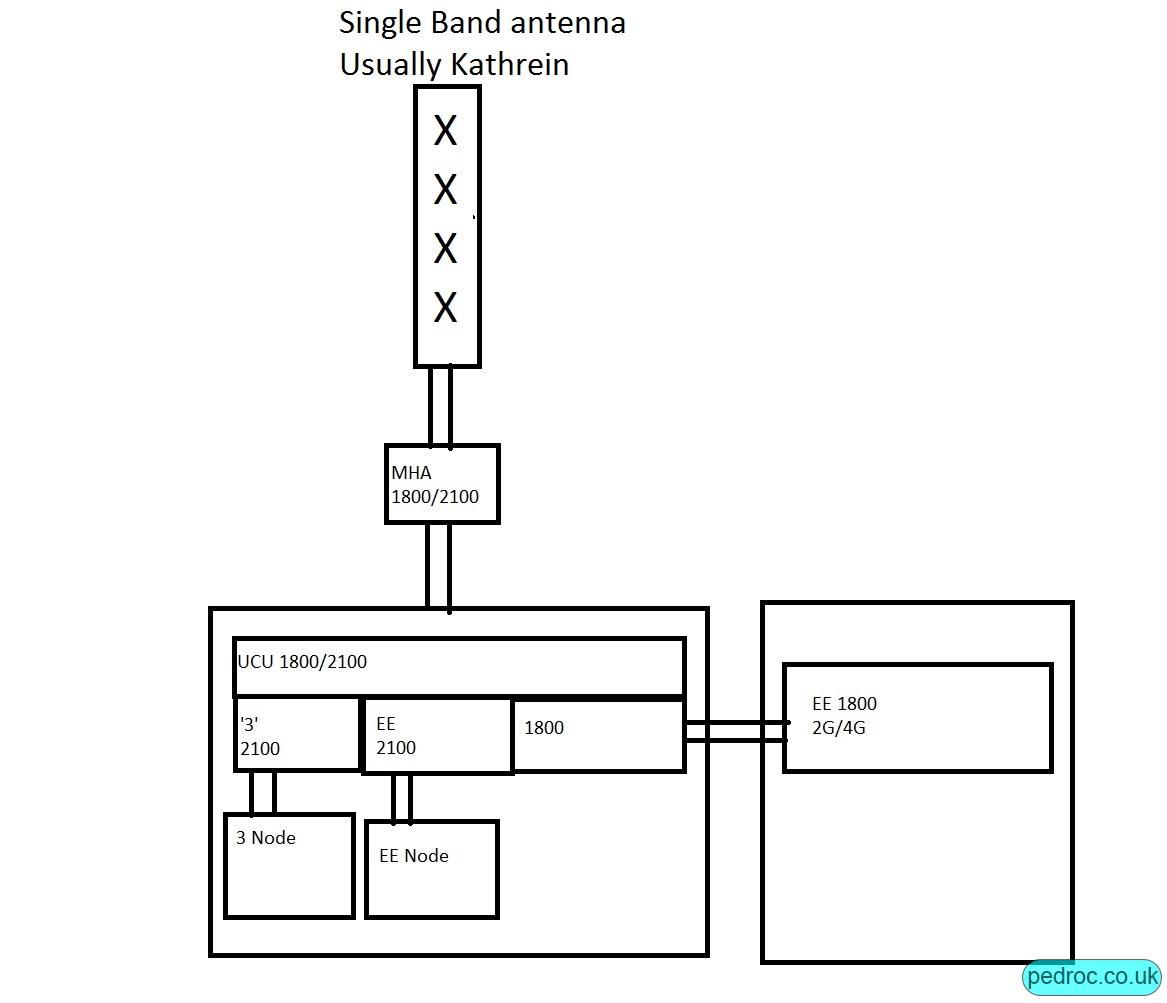 Allows 3 to add their 4G 1800MHz. Therefore mast broadcasts EE 2G/3G/4G and 3 3G and 4G. With a combiner, it is possible to also add 2600MHz, though this is very rare. Dual band Kathrein antennas are common, as are Commscope MHAs. Typical antenna schematics for dual input panels/dual single input panels. One panel has the 2100MHz from both operators and 1800MHz which can either be EE 2G/4G or 3 4G. The other panel can then have another 1800MHz input from EE or 3. 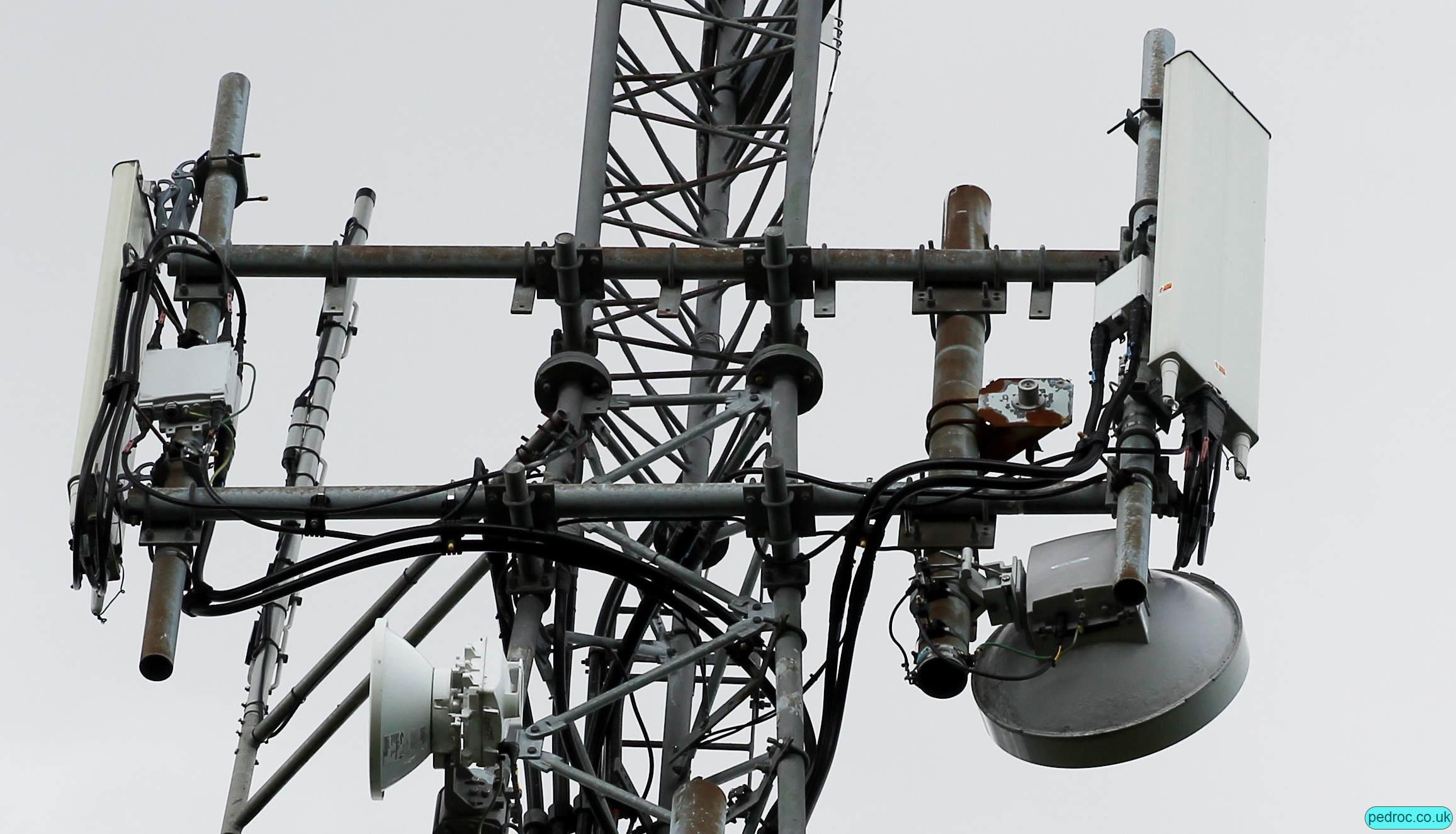 This is the EE and 3 cellular segment to the Corfe Castle transmitter. Broadcasting EE 4G 20MHz 1800MHz at over 100mbps and 3G in the 30s, this is one very well performing mast. Uses a fairly typical arrangement of dual band antennas: one for 1800MHz 2G and 4G and one for 3G from both operators. 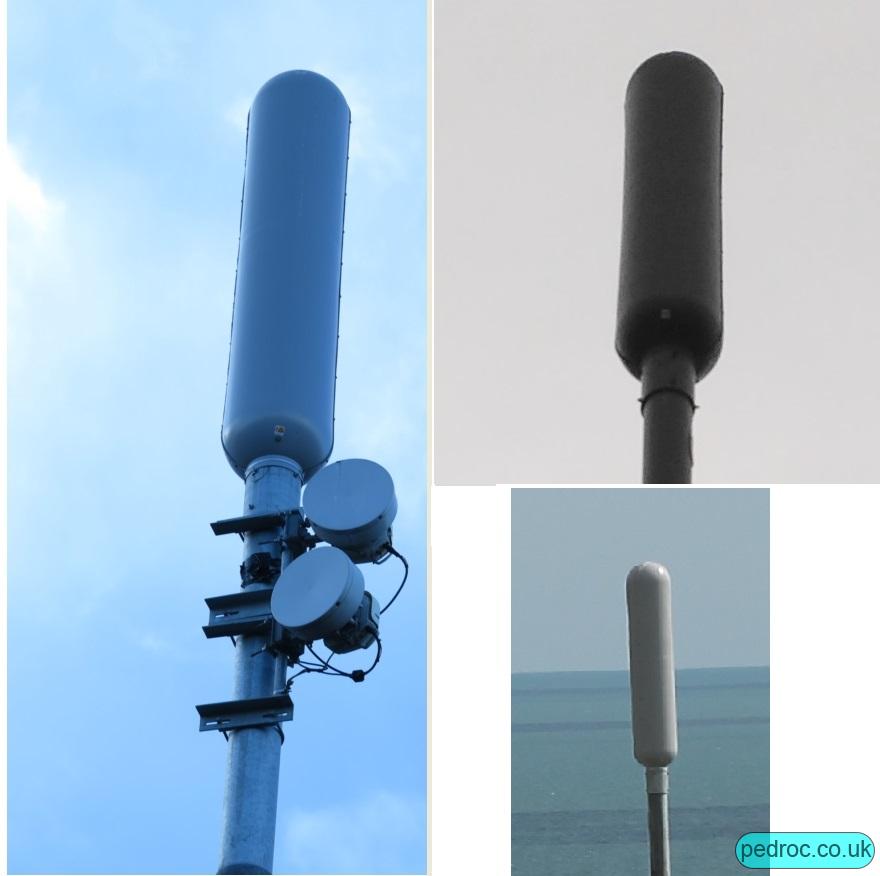 In the case of monopoles, a larger top shroud is used to fit the dual bands. 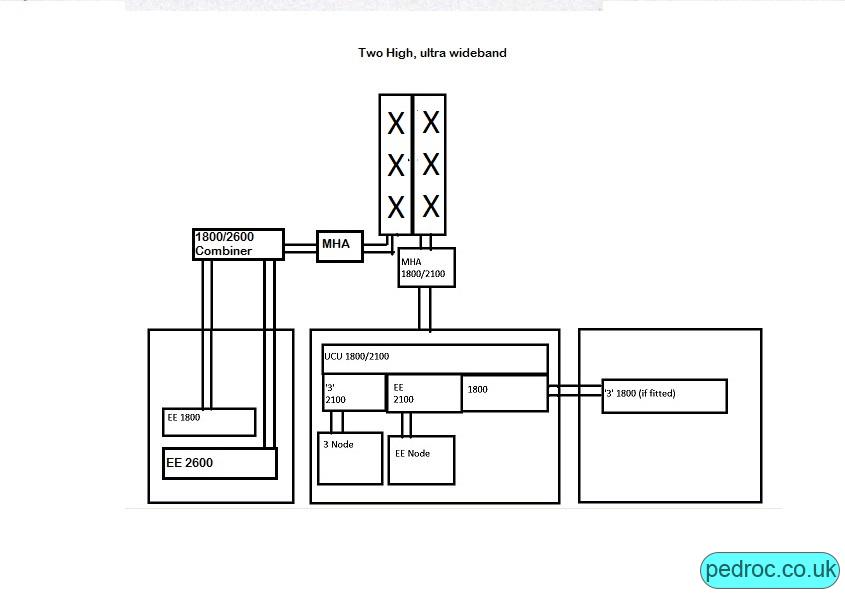 Same as dual band examples above, but gain 800MHz ability for EE or 3 or both. Commscope Andrew antennas or Huawei models, alongside Commscope MHAs usually. 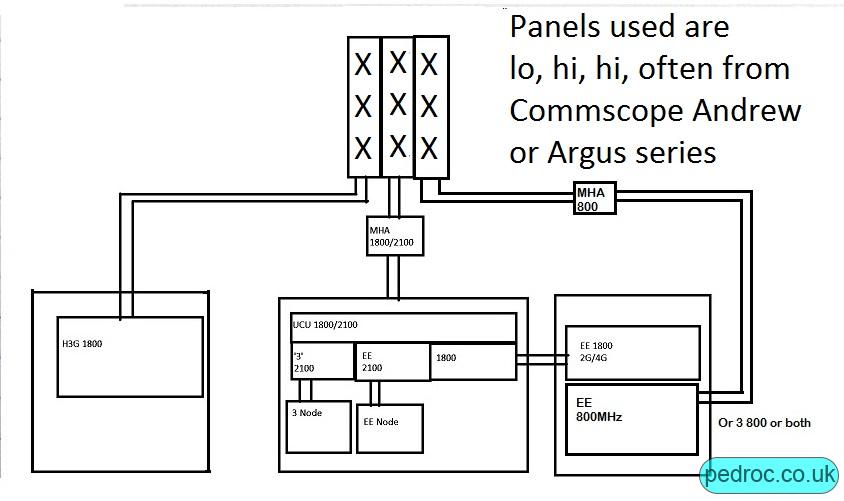 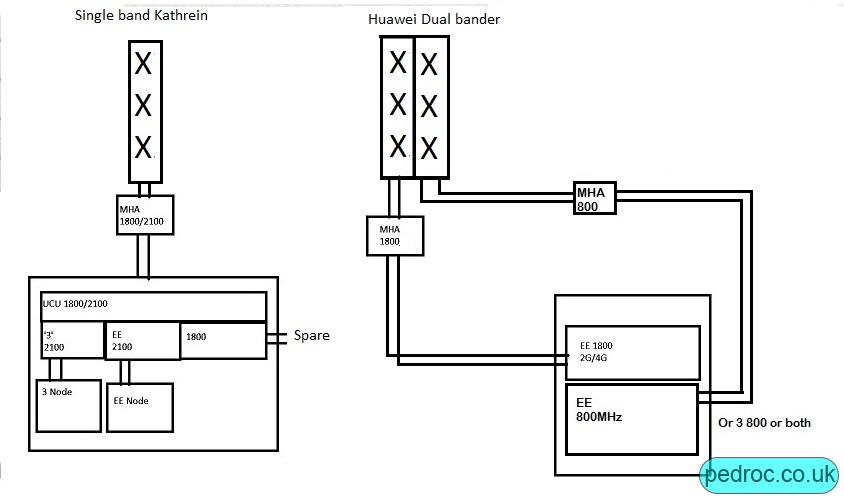 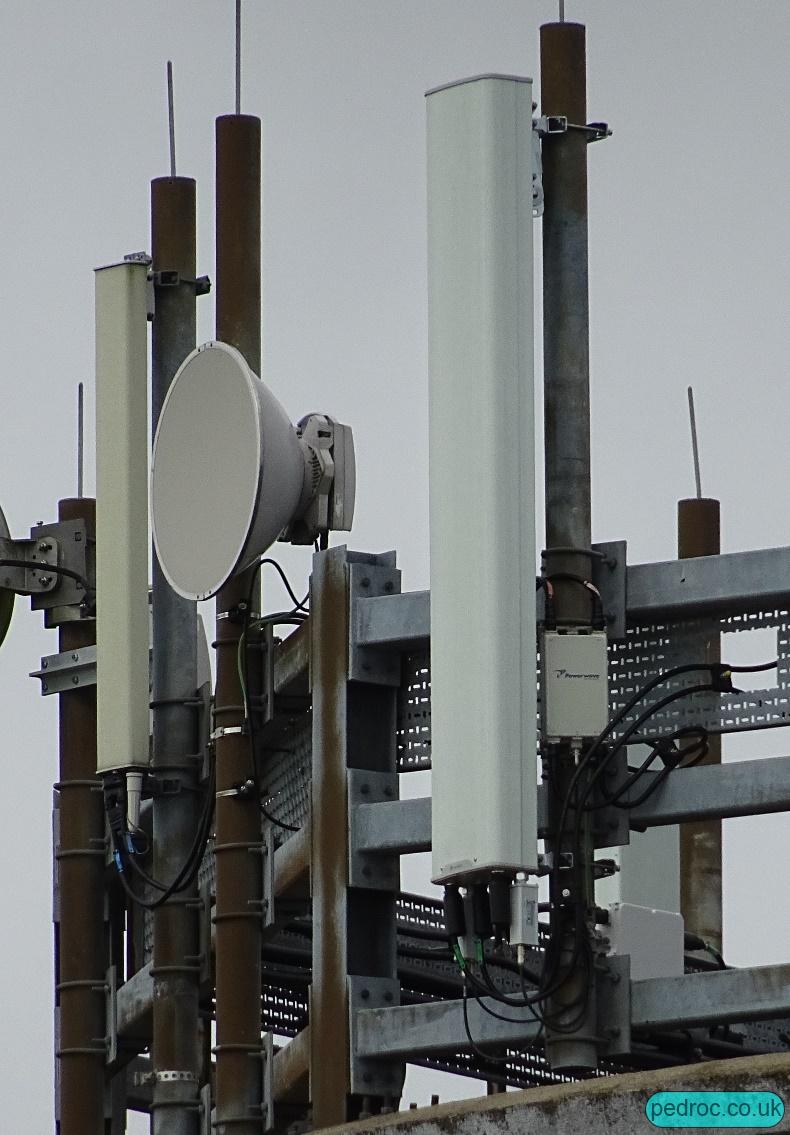 Same as above but split across a Dual Band Huawei carrying 1800MHz and 800MHz, with a single band Kathrein carrying the 2100MHz. A schematic showing how all bands owned by EE can be used on an EE/3 phone mast, such as on the top left image above. 800MHz and 2600MHz each have dedicated inputs and the1800 and 2100MHz are fed as normal. This example is similar to above but using a triple high band Huawei antenna (ATR4518R3 or Similar) and a dual band Commscope Andrew (CV65ASX-V1-M). Same as the quad band array but with 4 way receive diversity on 2600MHz. Another triple band panel arrangement for providing 3 Super-voice 800MHz, as well as EE and 3 1800MHz 4G and 3G 2100MHz. EE 4G was operating as 'double speed' with speeds around 70mbps. High Hunsley Another triple band panel arrangement for providing 3 Super-voice 800MHz and EE 800MHz, as well as EE and 3 1800MHz 4G and 3G 2100MHz. EE 4G was operating as 'double speed' with speeds around 70mbps. On Wonersh Seminary.