Spectrum used in most modernised commercial deployments by mobile network operators in the United Kingdom. Downlink spectrum shown except in the case of TDD.

Only EE acquired 700MHz SDL during the auction, gaining 20MHz.

This spectrum is downlink only and therefore must be paired with another band, such as Band 20, for uplink. Vodafone and 3 both have 20MHz with EARFCNs 10020 and 10220 respectively. 3 has this spectrum deployed on multiple sites in Oxford, while Vodafone has it on on their Atlas and Smale offices.

Originally used for 3G services, the 2100MHz band is rapidly being refarmed in the UK for 4G and more recently 5G (+/- via DSS) services. 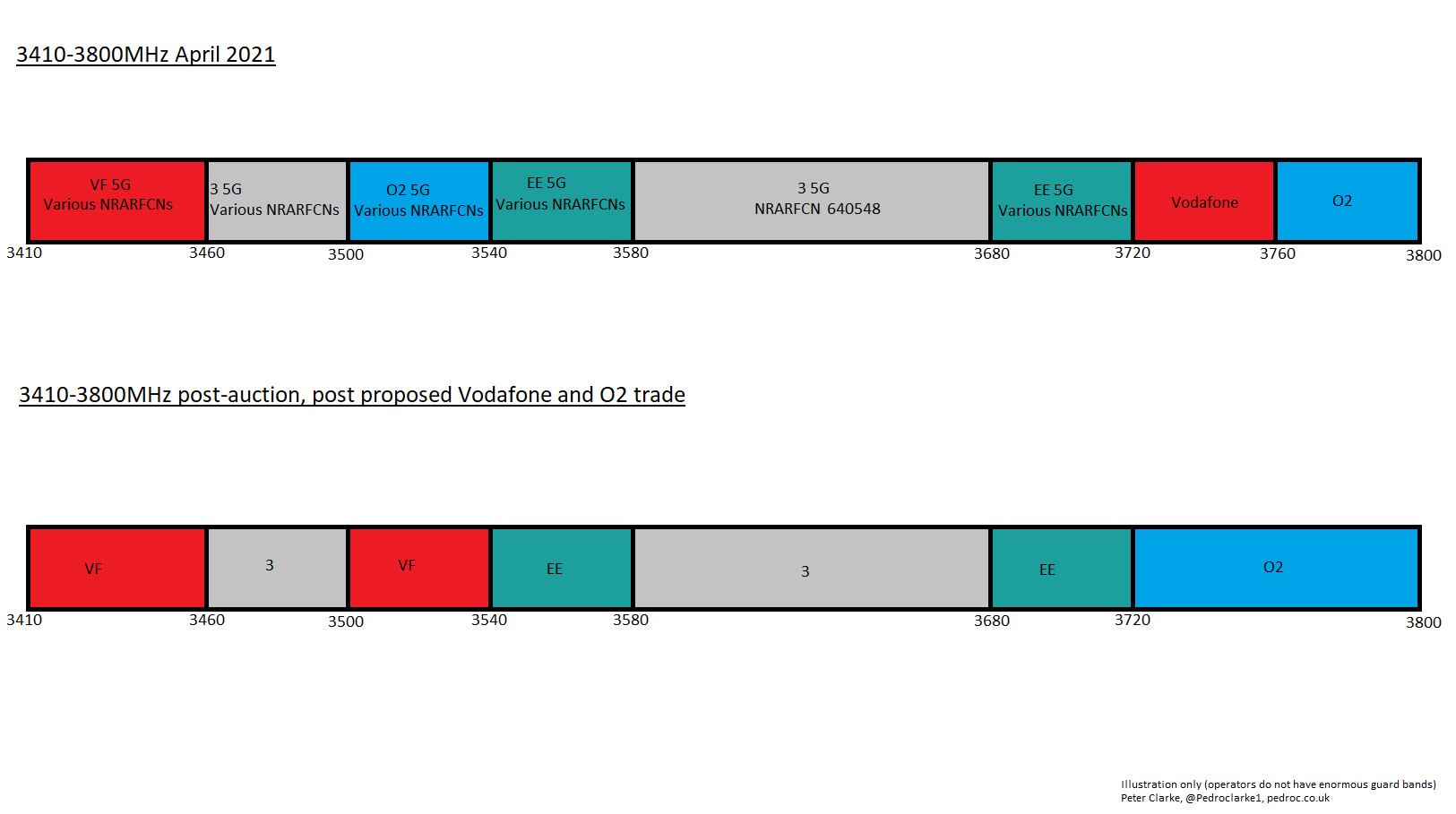 3410-3800MHz is allocated in this band. Three operates up to 140MHz of 5G across two blocks. EE is next with two 40MHz blocks in use, with Vodafone and O2 each only having been seen using one of their respective blocks.