Three acquired a huge chunk of 3.5GHz spectrum for 5G use through their acquisition of UK Broadband, previous marketed name Relish, who used the spectrum for 4G fixed wireless broadband in London and some other locations. The large, 5G-suited, spectrum ownership potentially enables a significant advantage in 5G. Three is undertaking a total RAN transformation to rebuild the extremely loaded 4G network and deploy this 5G spectrum. As of February 2020, Three 5G launched with NRARFCN 640548. 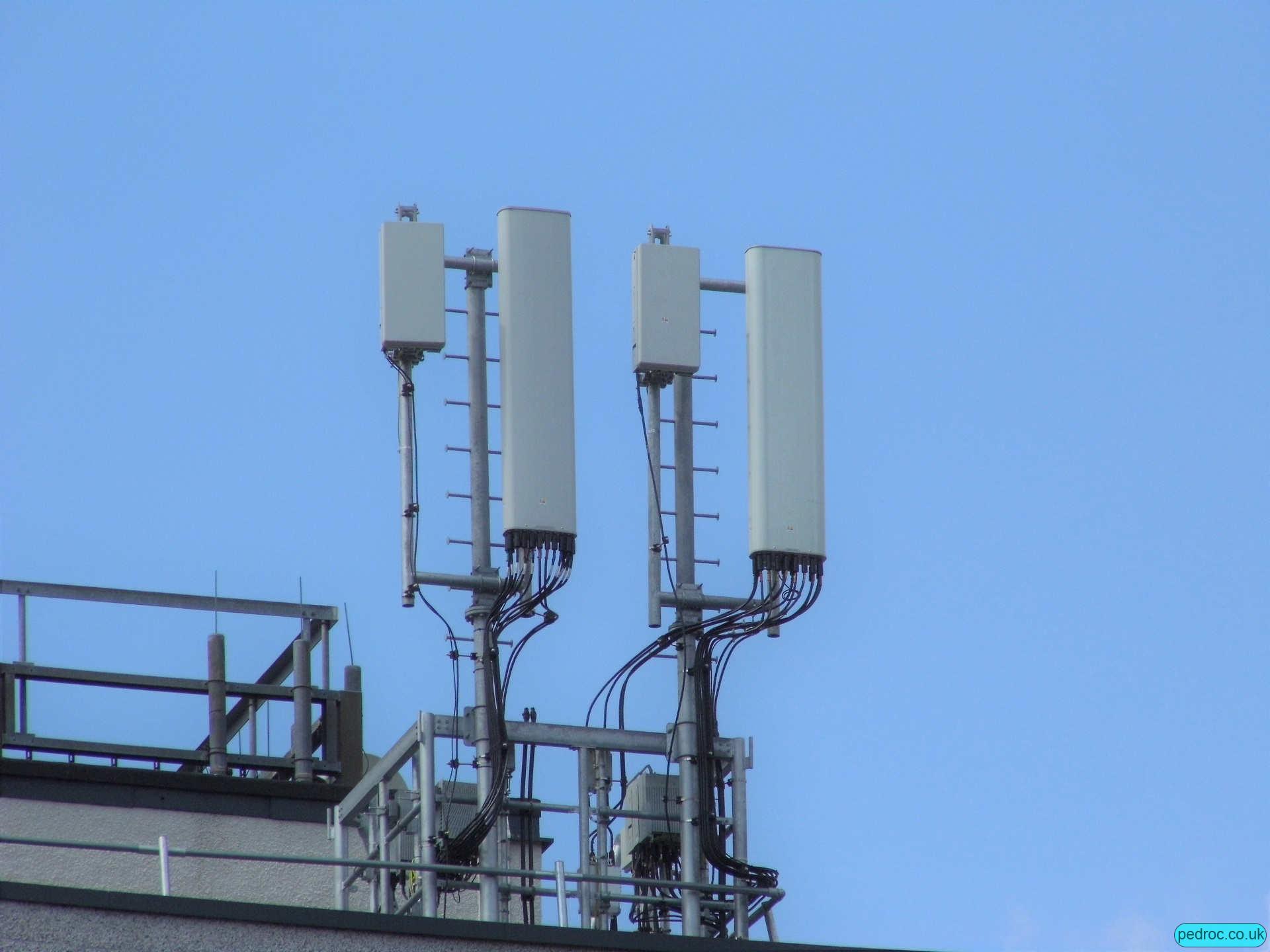 Max configuration sites are substantial rebuilds, in terms of not only RAN capability transformation for Three as well as EE, but also structural strengthening and metalwork to support all the latest equipment! This example has for Three (left pair) Huawei 64T64R 5G Massive MIMO with AAU5614, Huawei 4T4R across all L08 (Huawei 5301), L14 (Huawei 5301), L18 and L21 (Huawei 5501 dual band) using Huawei AHP antennas. EE (right pair) also have a substantial 4G deployment and Huawei 5G Massive MIMO. These upgrades are usually very recognisable due to their characteristic design with four antennas per sector, or at least in early stages, four poles to suppport future antennas. 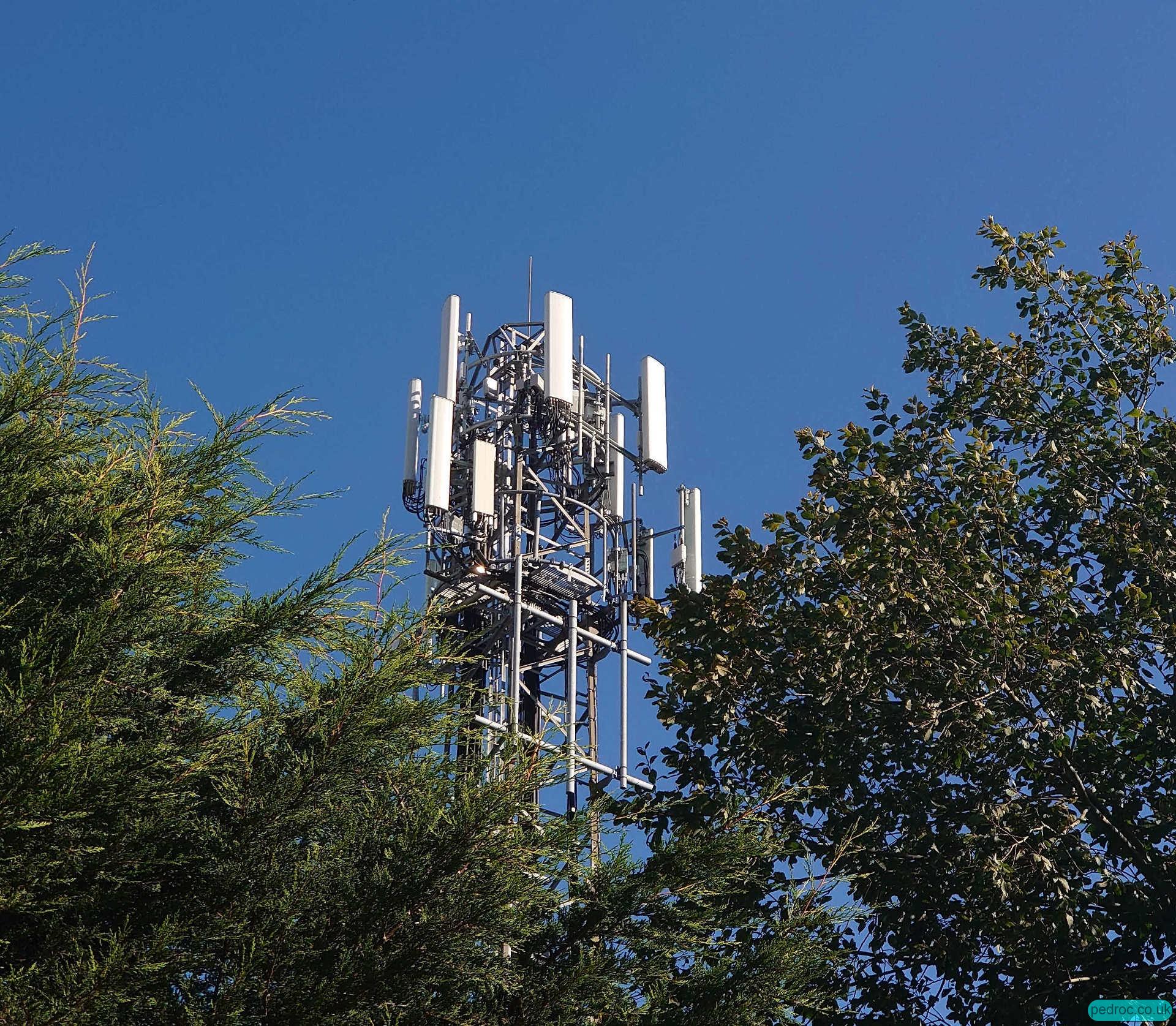 Three UK Chariot project Huawei mast rebuild with 4T4R across all the 4G bands. Essentially the same as the mast above but without the 64T64R 5G Massive MIMO, well so far anyway. The Huawei AHPs and installation of numerous RRUs makes these quite noticeable too.

The performance capabilites of the 4T4R 4G is really quite something. 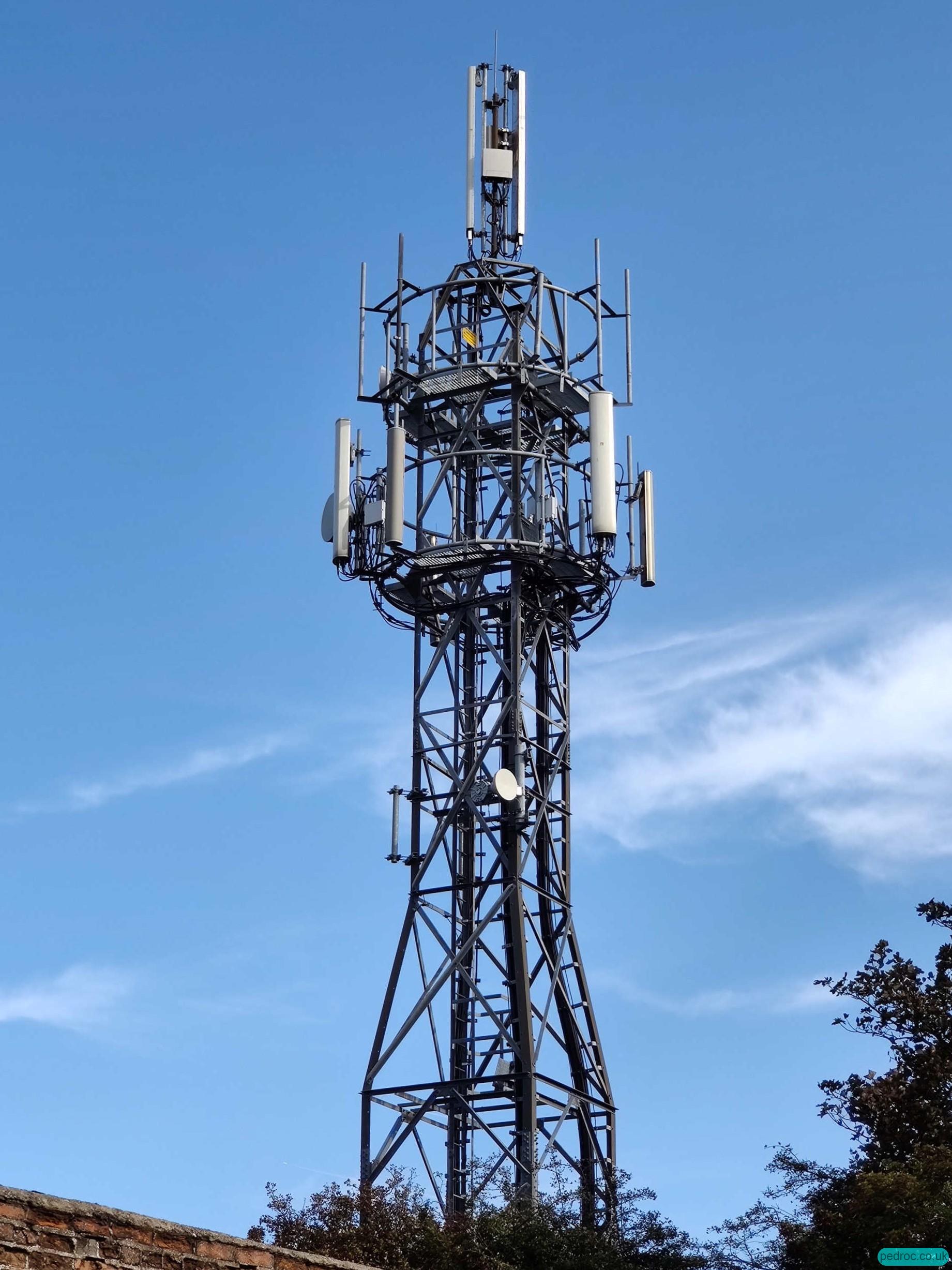 Masts like these often do not look any different antenna wise, only the radios have changed, and these are often hidden 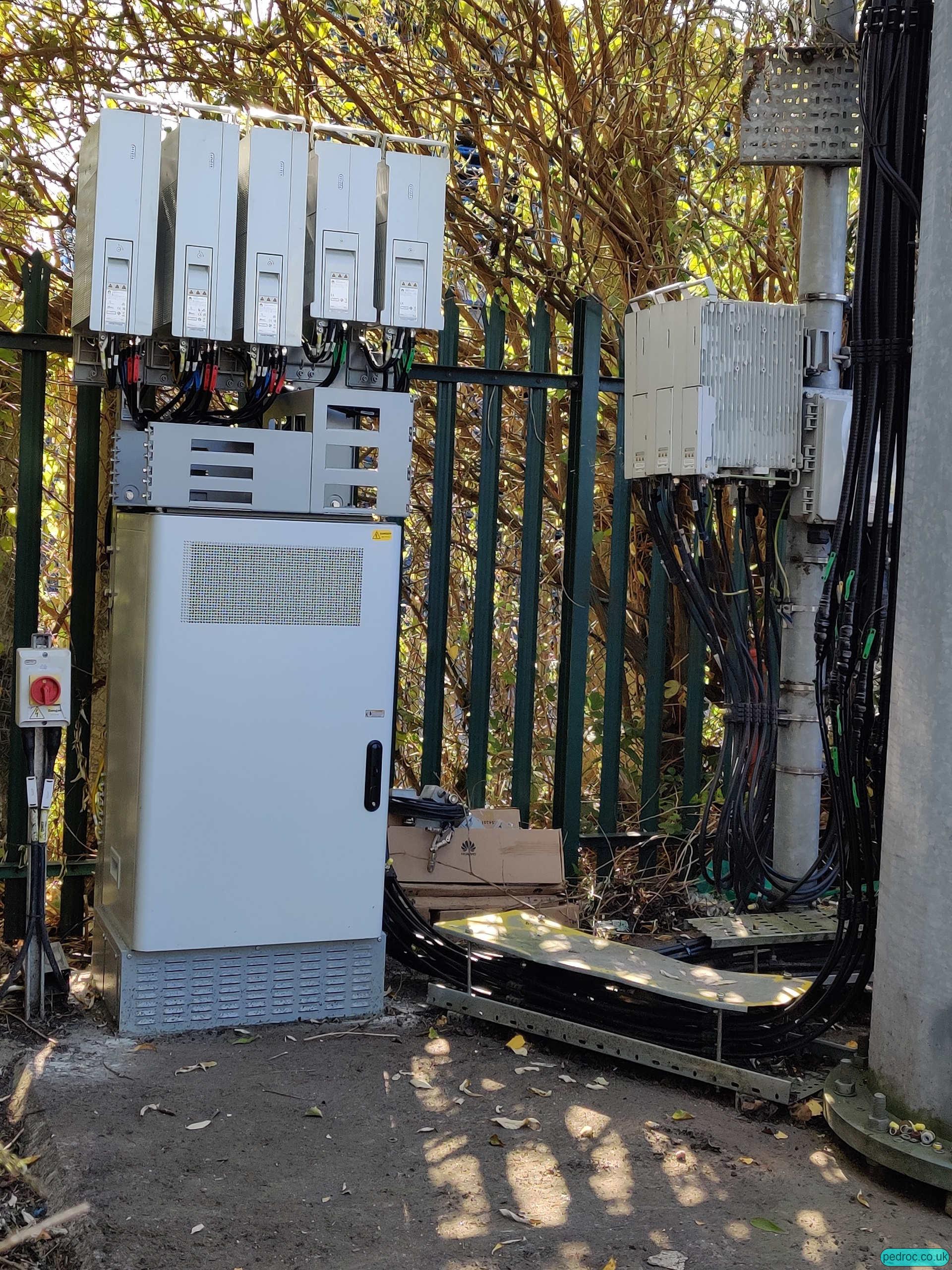 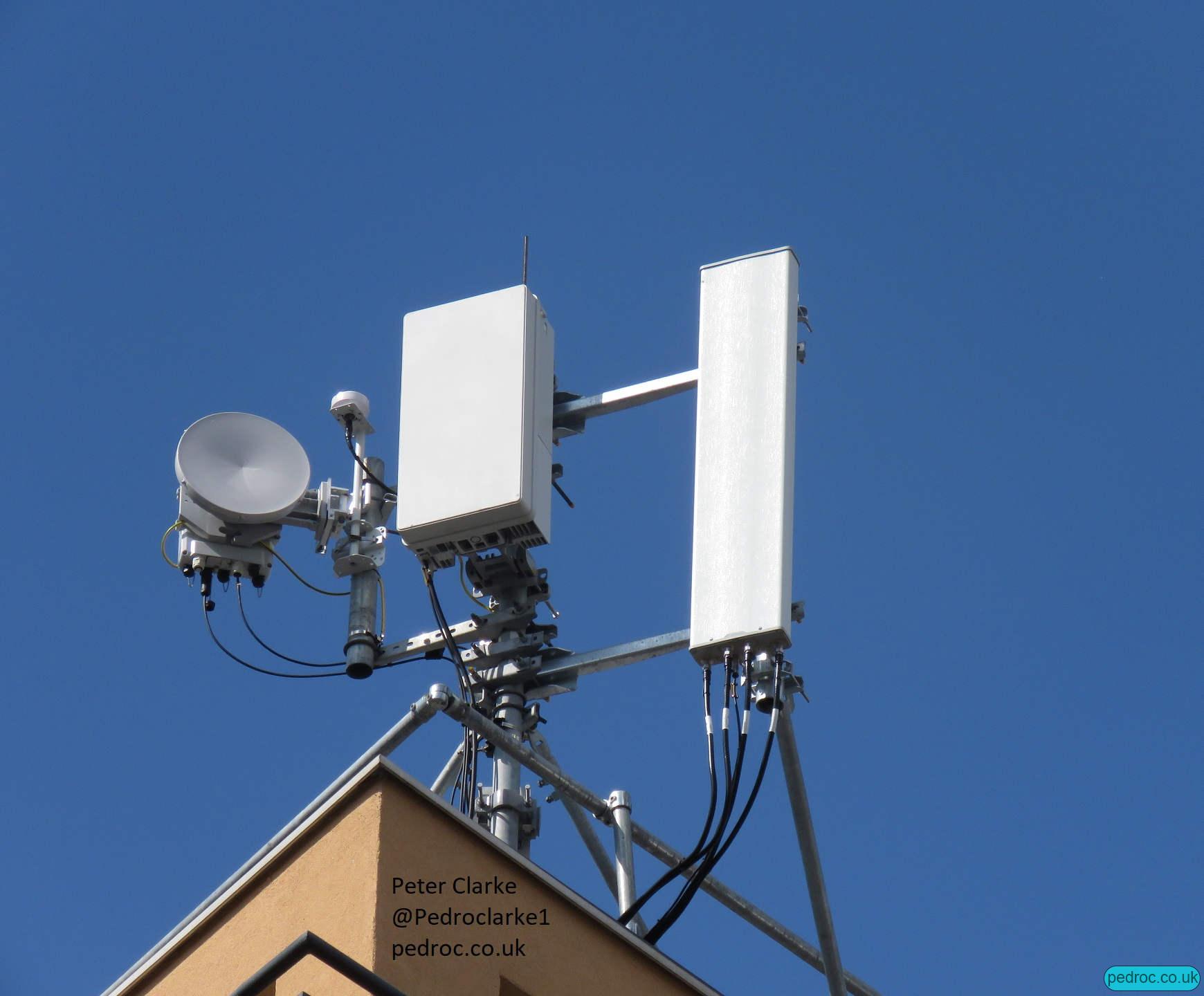