Monopole masts are a common part of the Urban street scene as they are a compact, visually unobtrusive, method of providing infill coverage, increased capacity or 'just' general coverage to an area. Most modern monopoles are produced by Hutchinson Engineering or Alifabs, a Commscope Company, with a lot of the cabinets being manufactured by Alifabs too. This page concerns the Monopoles used by the mobile network operators Vodafone and O2. I have produced lots of videos detailing these and their internals: Inside latest O2 Ericsson Beacon 2 Poles: ERS 8808, ERS 2217, Baseband 6630 and more..., Vodafone Ericsson L2100MHz adds with interal photos and basebands, Nokia L2100MHz upgrades with internals.

The latest range of streetworks sites for capacity adds in the O2 regions (east of UK, most of Scotland, Northern Ireland). The poles are Elaras with quad band Huawei antennas inside and a square base for the feeders. In Ericsson examples, a Lancaster cabinet is added to the Ericsson RBS6102s in order to house the Ericsson Radio System RRUs for additional services. Nokia sites generally also have Lancasters, so the new technologies are housed by internal rebuild. 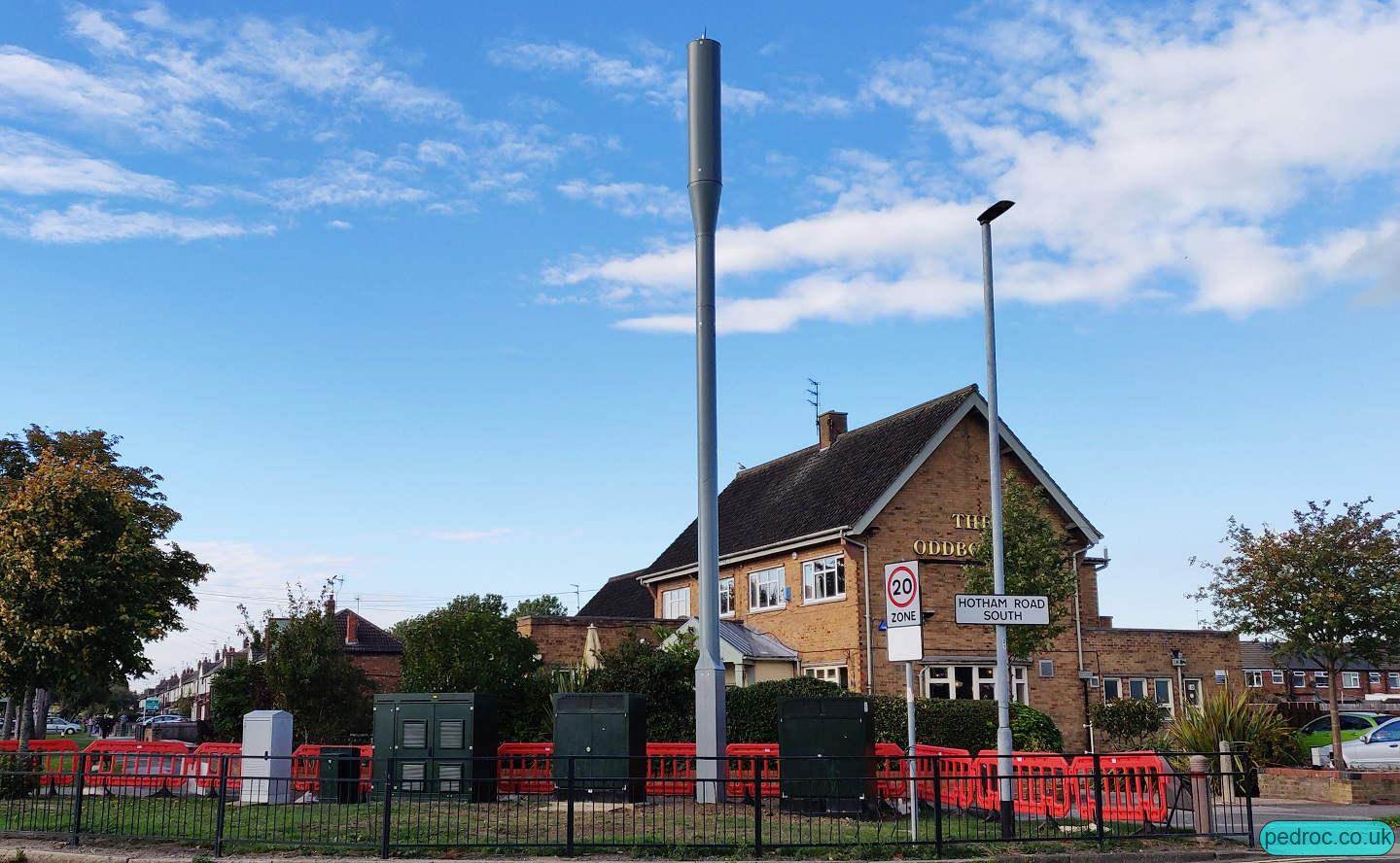 A Beacon 2 Elara pole in the Ericsson zone with RBS6102 cabinets and a Lancaster. Hutchinson Jupiter Dual Stack Monopoles are typically found in London, the South West and North West of the UK: areas that Vodafone is in control of Beacon in. 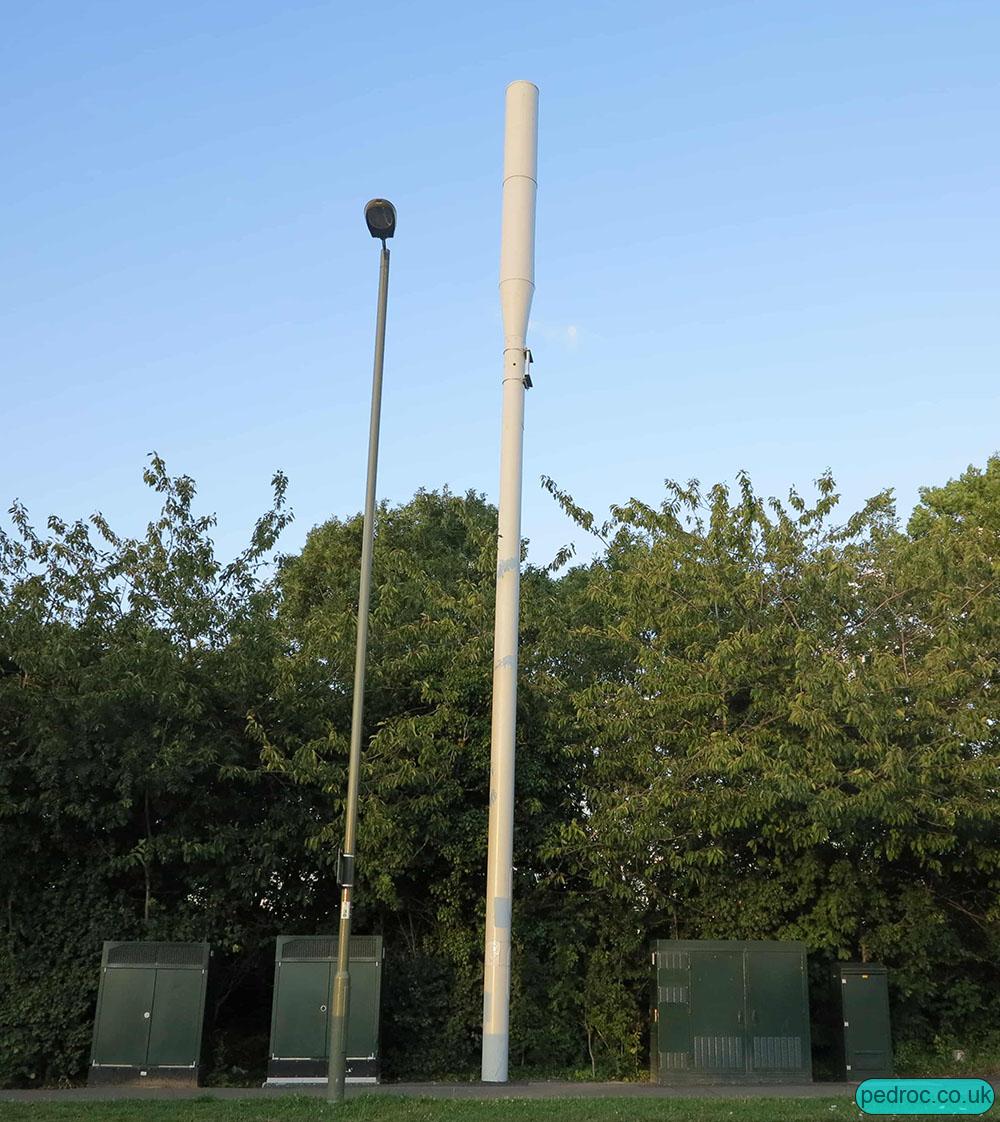 Hutchinson Jupiter Dual Stack Monopole and cabinets for 900MHz 2G and 3G, 800MHz 4G, 2100MHz 3G for Vodafone and O2 as part of CTIL (Cornerstone Infrastructure Limited). The Shroud is vertically split: half for Vodafone, half for O2. They usually use triple input band panels on each stack, so top layer panels: 800 4G (shared), 900MHz Operator A, 2100MHz Operator A. Lower layer: Operator B 900MHz, Operator B 2100MHz, spare. 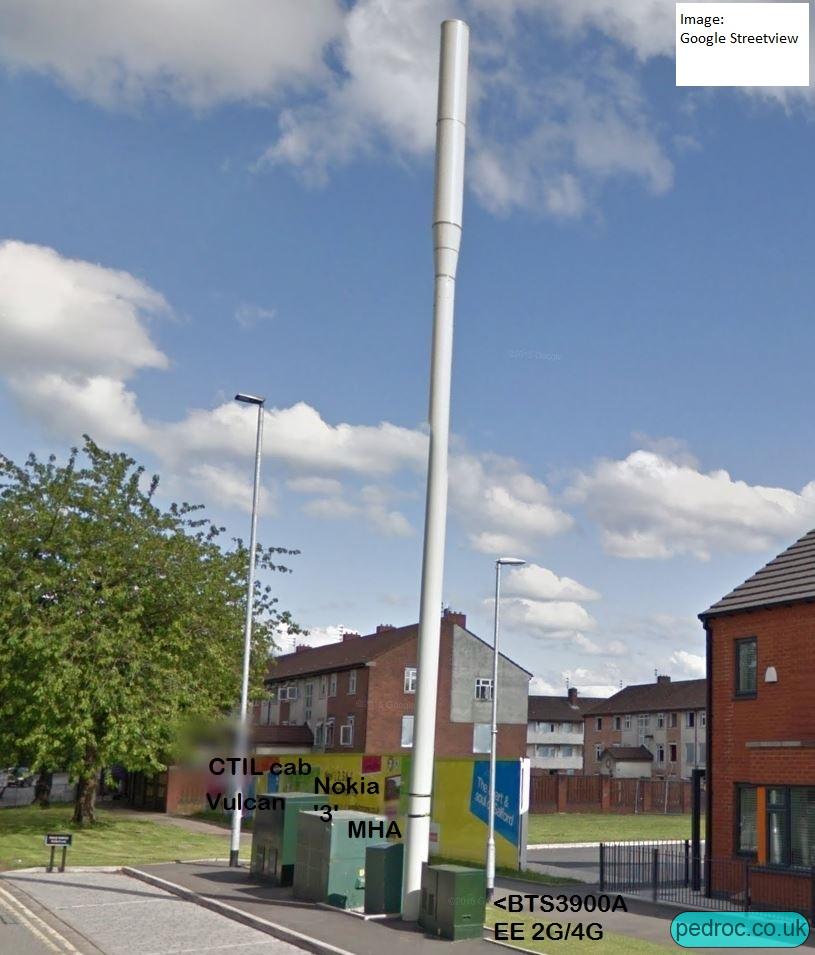 In one case, I have seen a dual stack Jupiter used for Vodafone, O2 AND EE, 3. The CTIL antennas in the top section and EE and 3 below.

These are used in the North and South East mainly.

A Hutchinson Jupiter Single Stack Monopole with Ericsson RBS6102 cabinets for 900MHz 2G and 3G, 800MHz 4G, 2100MHz 3G and 1800MHz 4G, if required, for Vodafone and O2 as part of CTIL (Cornerstone Infrastructure Limited). Usually use triple input/band panels. 3 and EE sometimes use so they can deploy 800, alongside the usual 1800 and 2100. 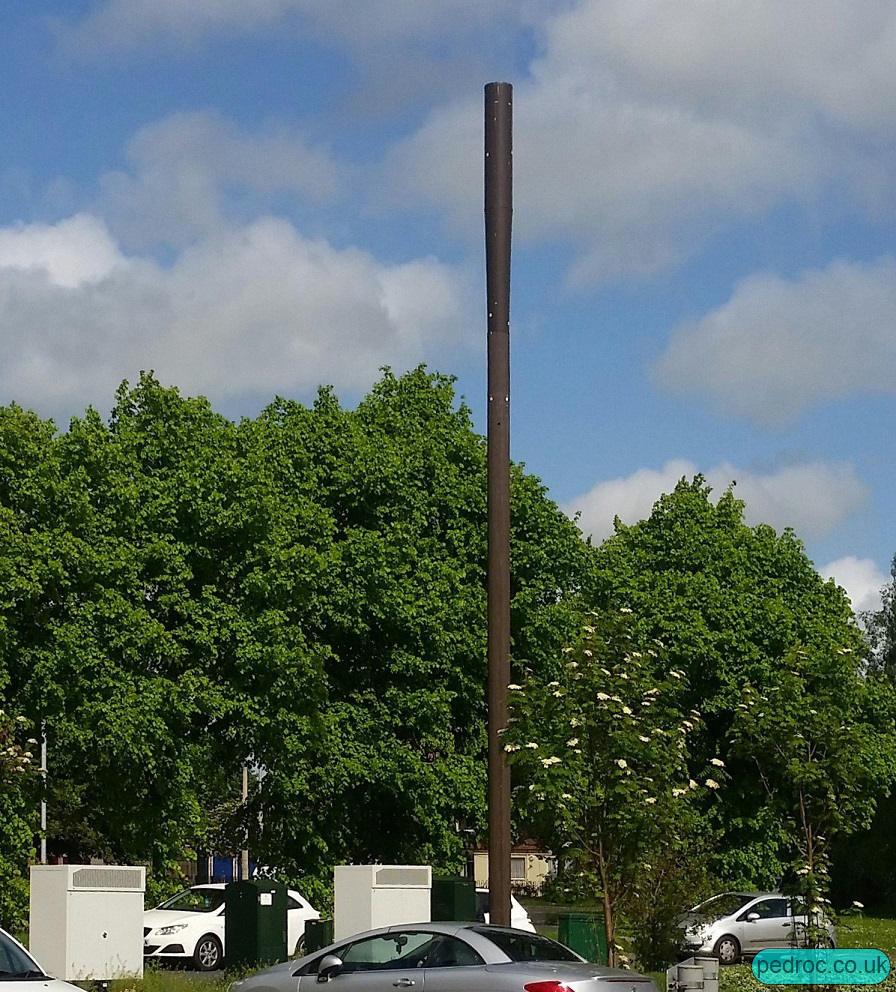 A Replica Telegraph Pole with Bolt on Shroud. This mast was broadcasting 800 and 900MHz but can readily accommodate 1800MHz and 2100MHz.

Other types of Cabinets used on above monopoles 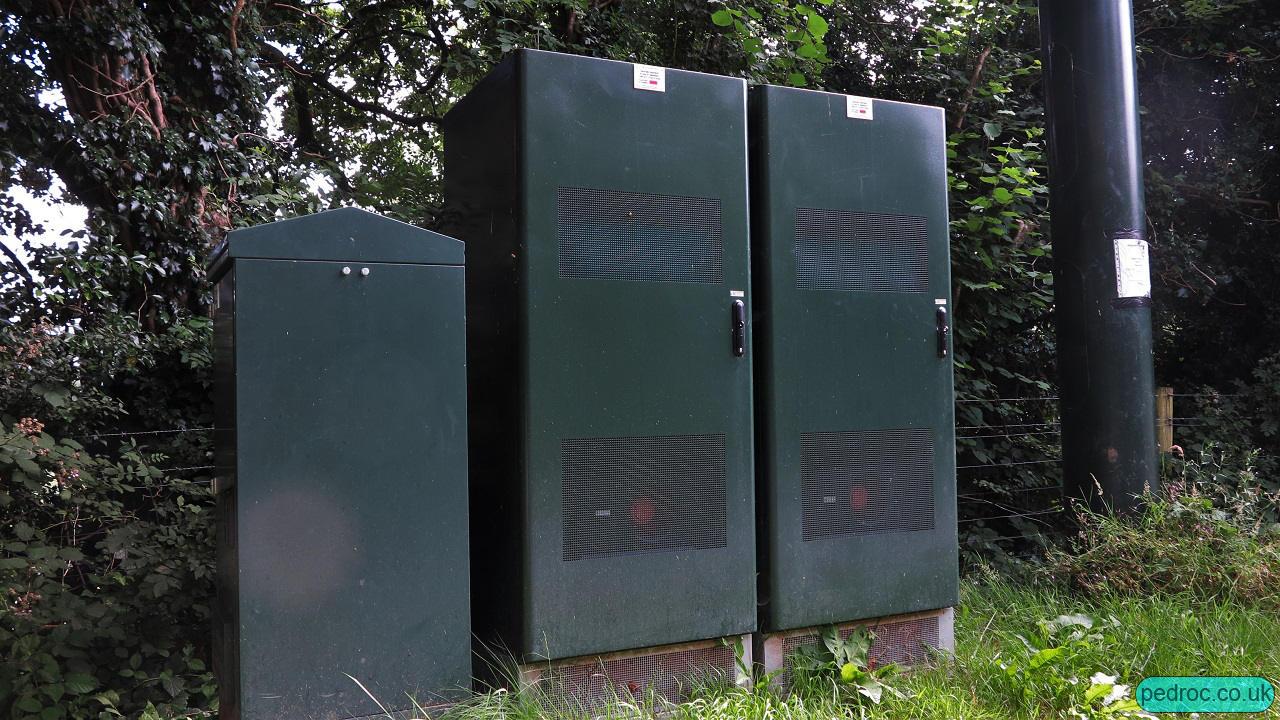 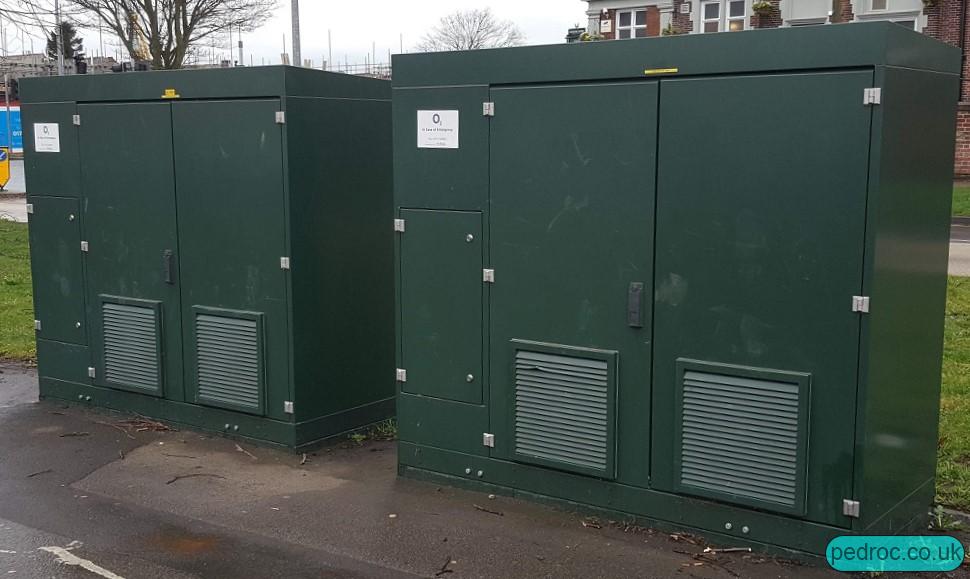 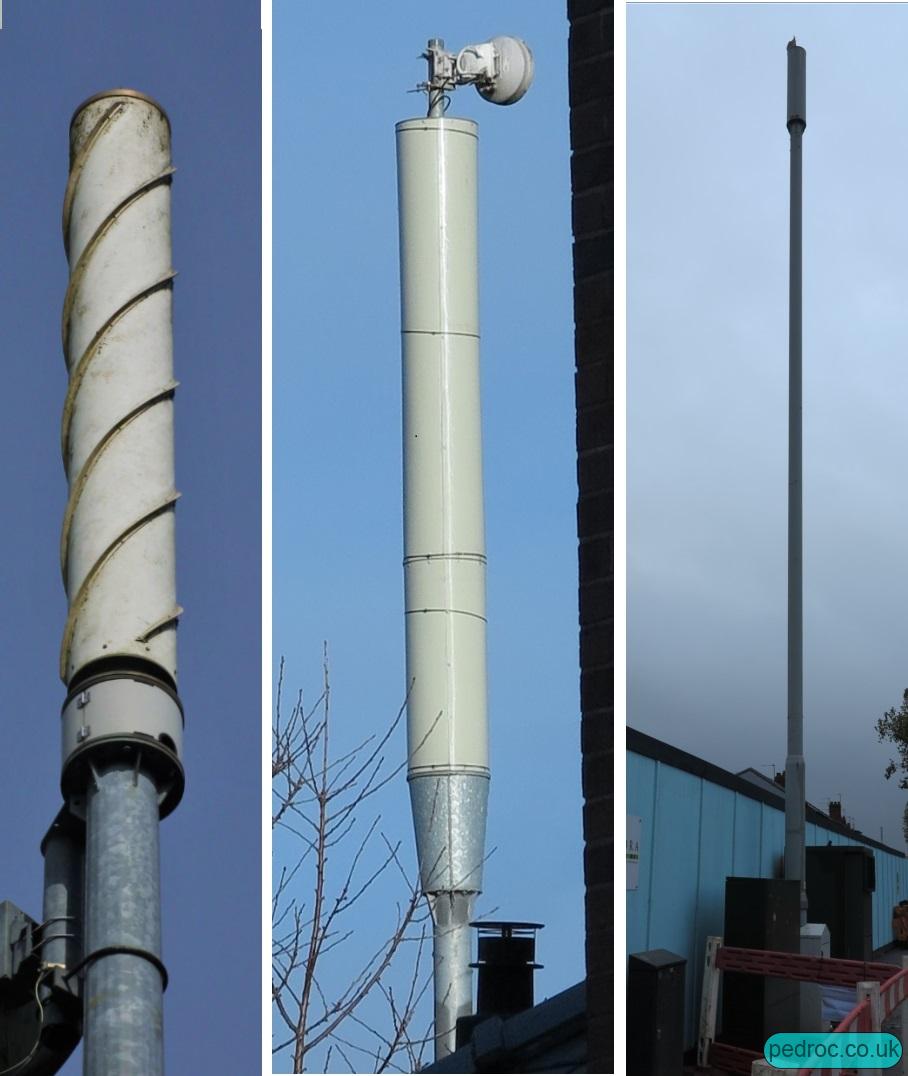 On the Left, an Omni-directional G900 mast, which are rarely seen broadcasting Vodafone or O2 2G. 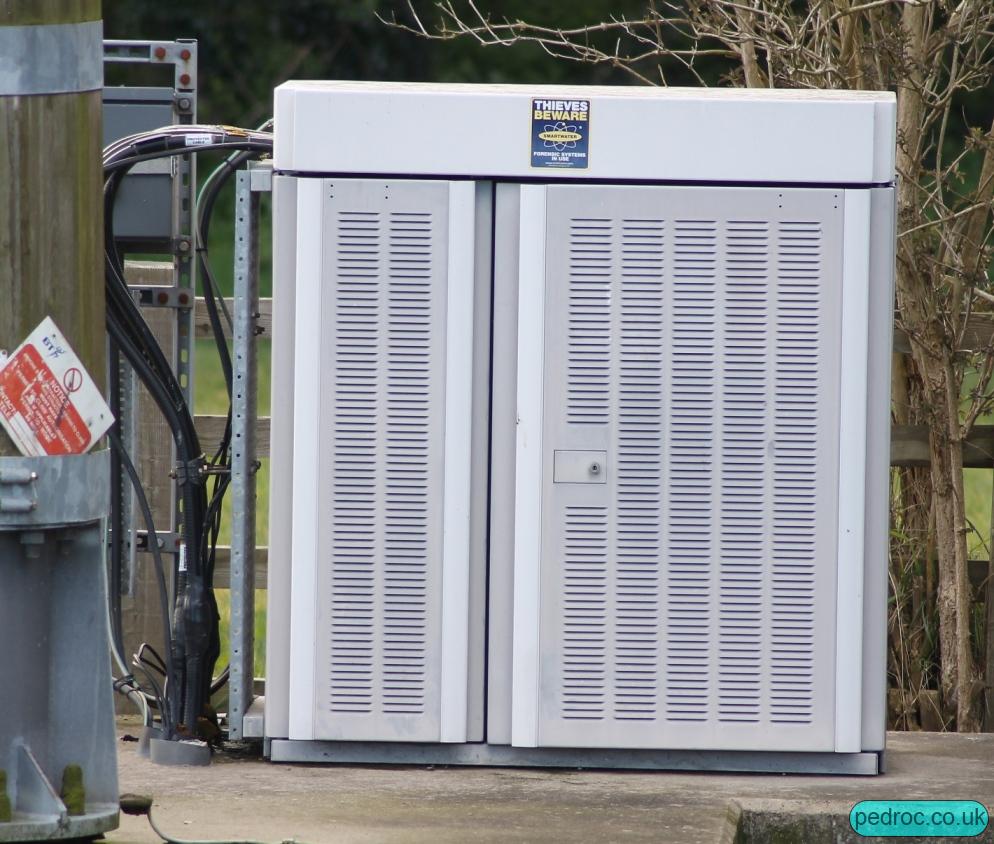 A Nokia WCDMA base Cabinet. Seen on all Networks for 3G. 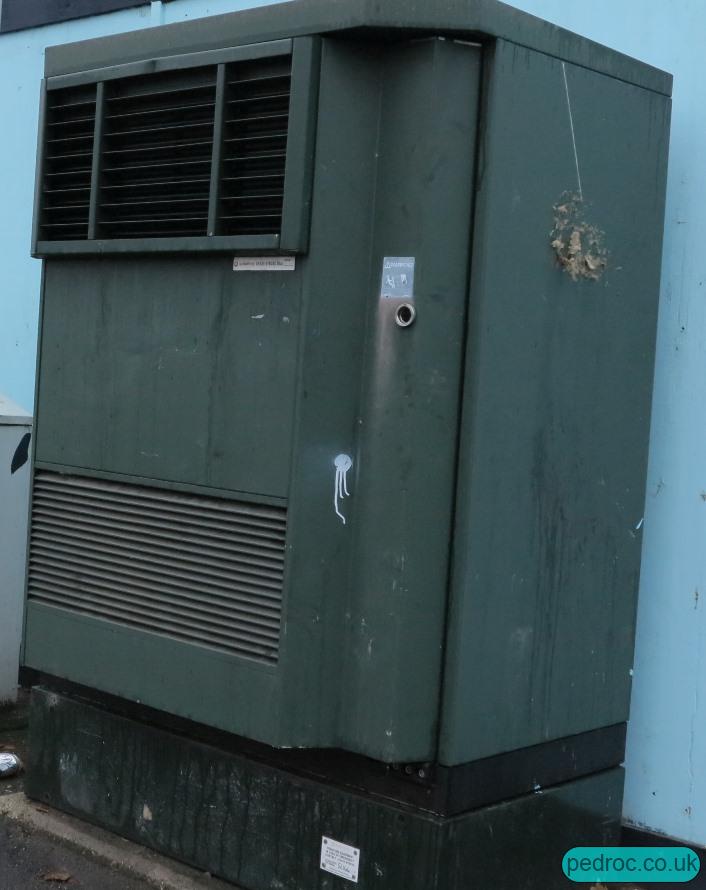 A Couple of streetworks poles: 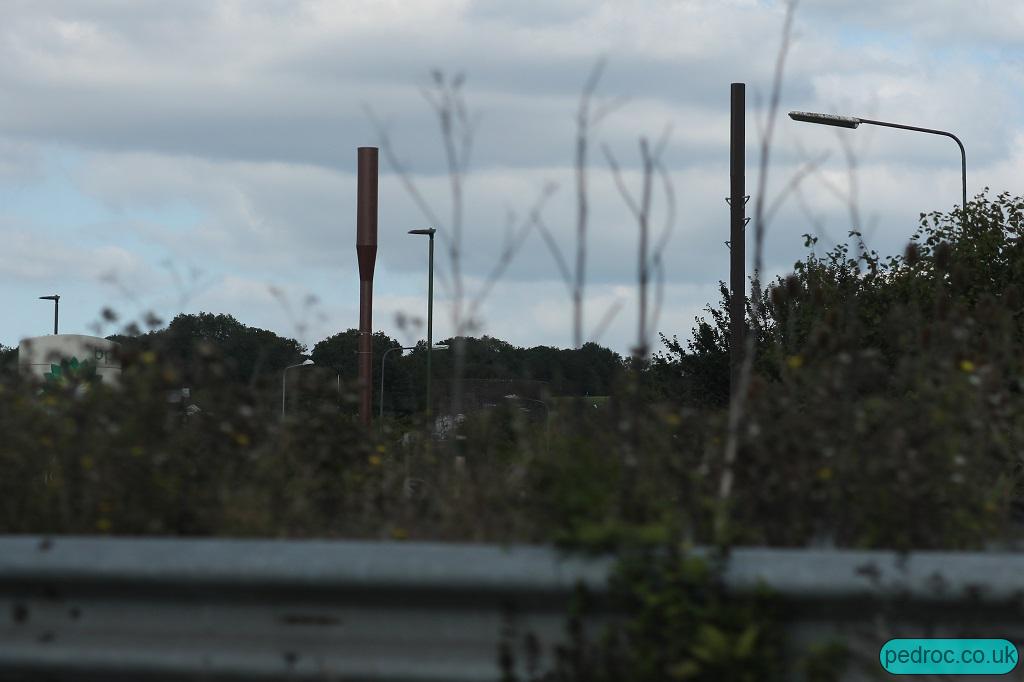 with a Single Stack Jupiter later on, so there is now a pair of the Jupiters. 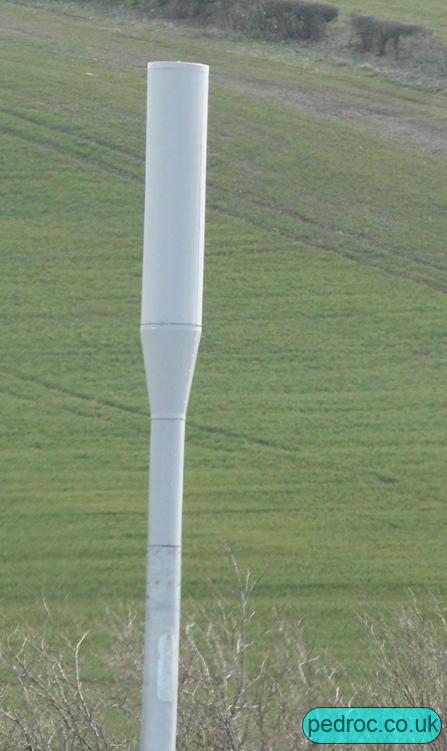 The new mast that replaced the replica telegraph pole.