To provide a large amount of capacity for high load areas; 2600MHz is used which has 20MHz of paired Bandwidth. Many of these masts are 4T4R on 2600MHz. 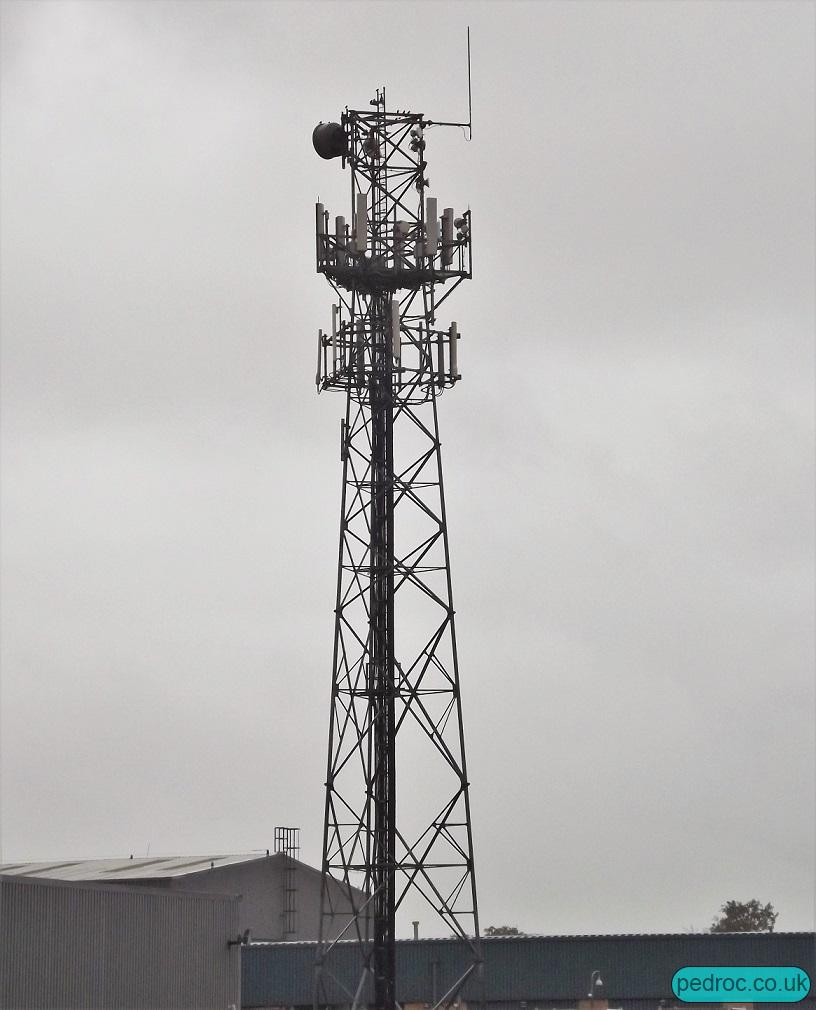 An overall image of the site. As this is a London region site, O2 and Vodafone have separate 2G and 3G services. The lower stack of panels is for O2 UG09, U21 and the upper antennas are for Vodafone's UG09, UL21, L26 and shared L08. 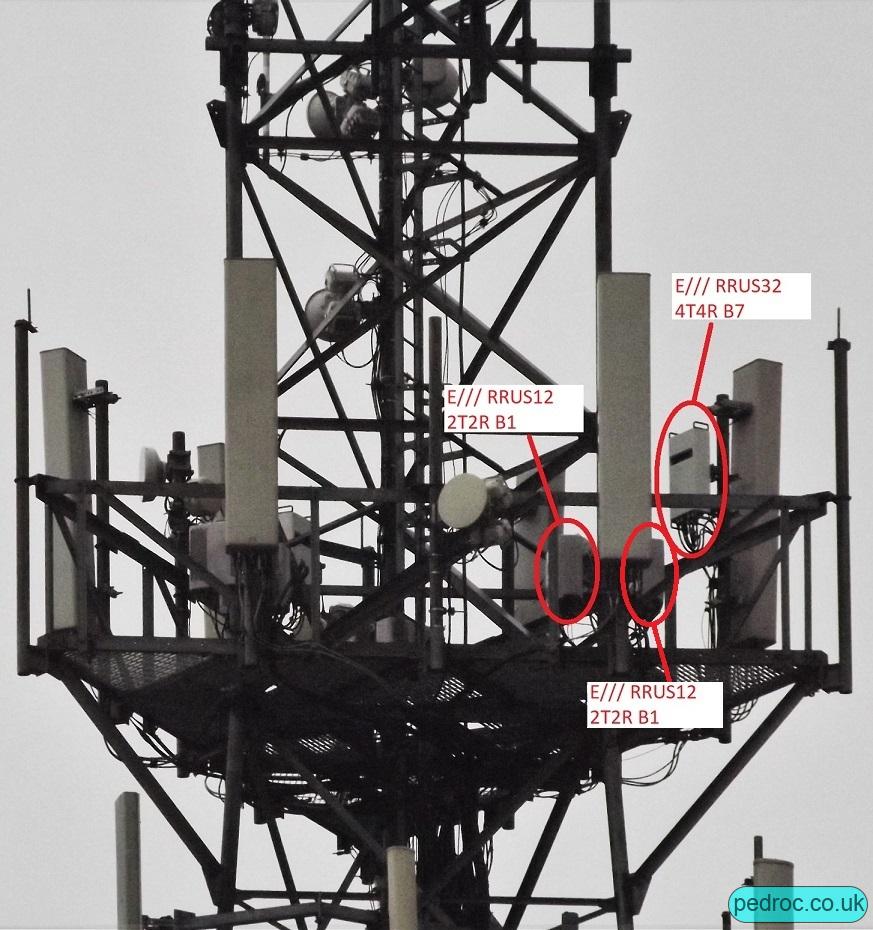 A closeup of the Vodafone antenna array, where two Argus antennas (Commscope Argus CVVPX304R3 or equivalent) are used on each sector. An Ericsson RRUS32 4T4R RRU provides the Band 7 4G and a pair of RRUS12 for Band 1 4G. 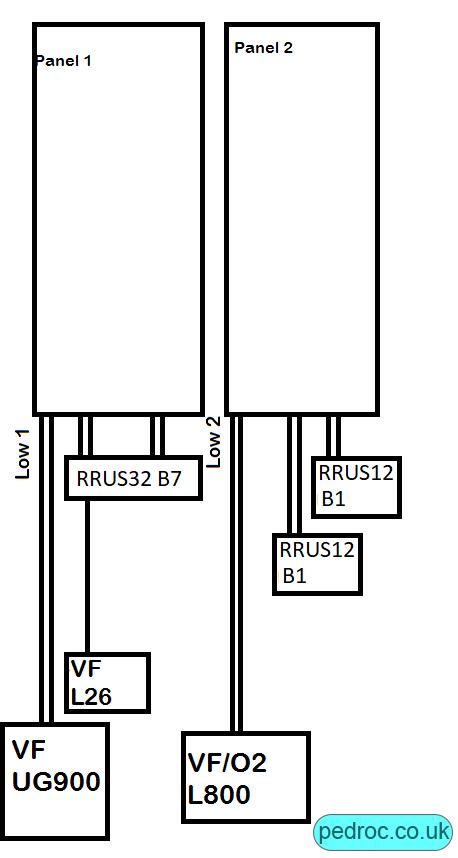 A possible schematic for the mast, showing the Ericsson RRUS32, RRUs12s. The RRUS32 has four feeders to enable the 4T4R. 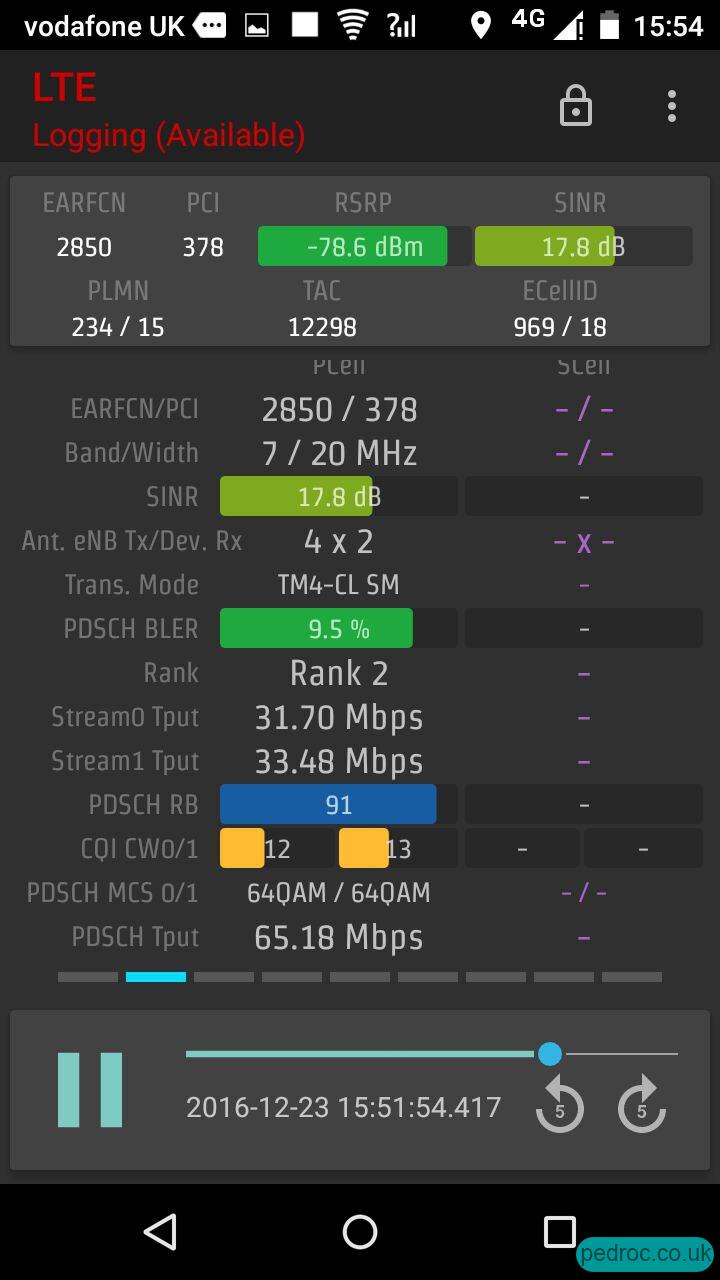 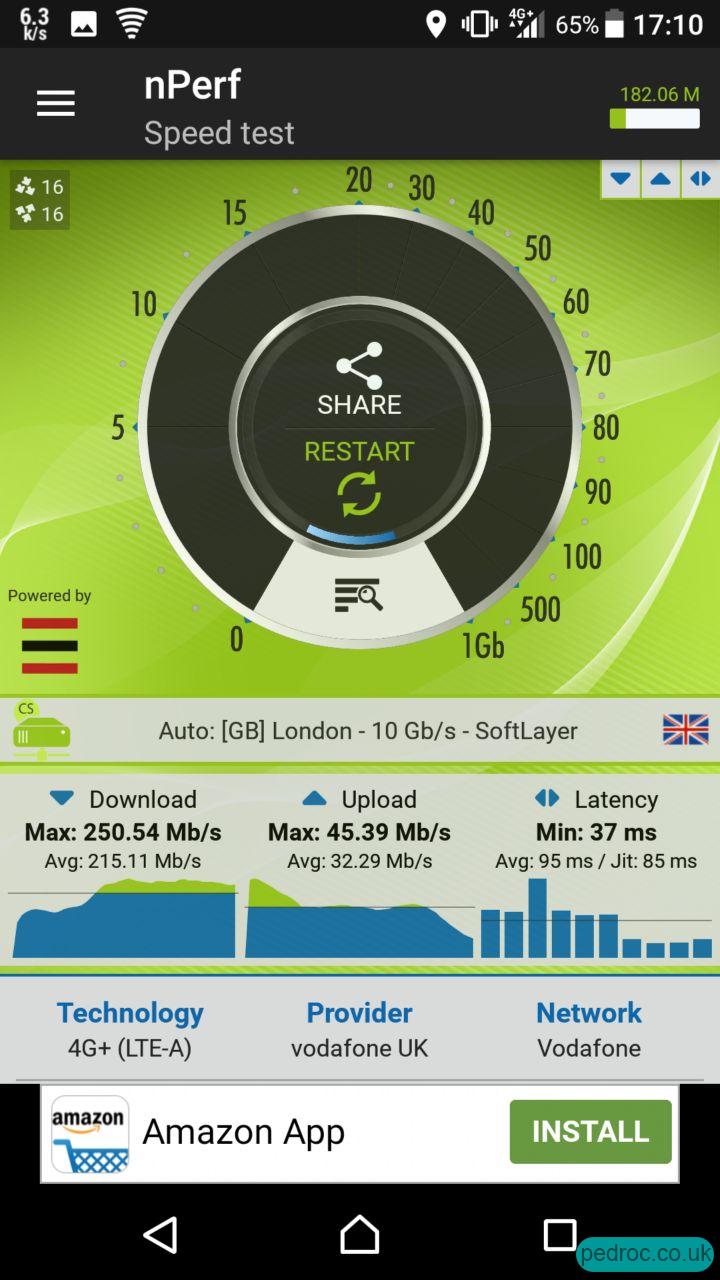 A speedtest on a Sodium XZ Premium

The Mast as it used to be 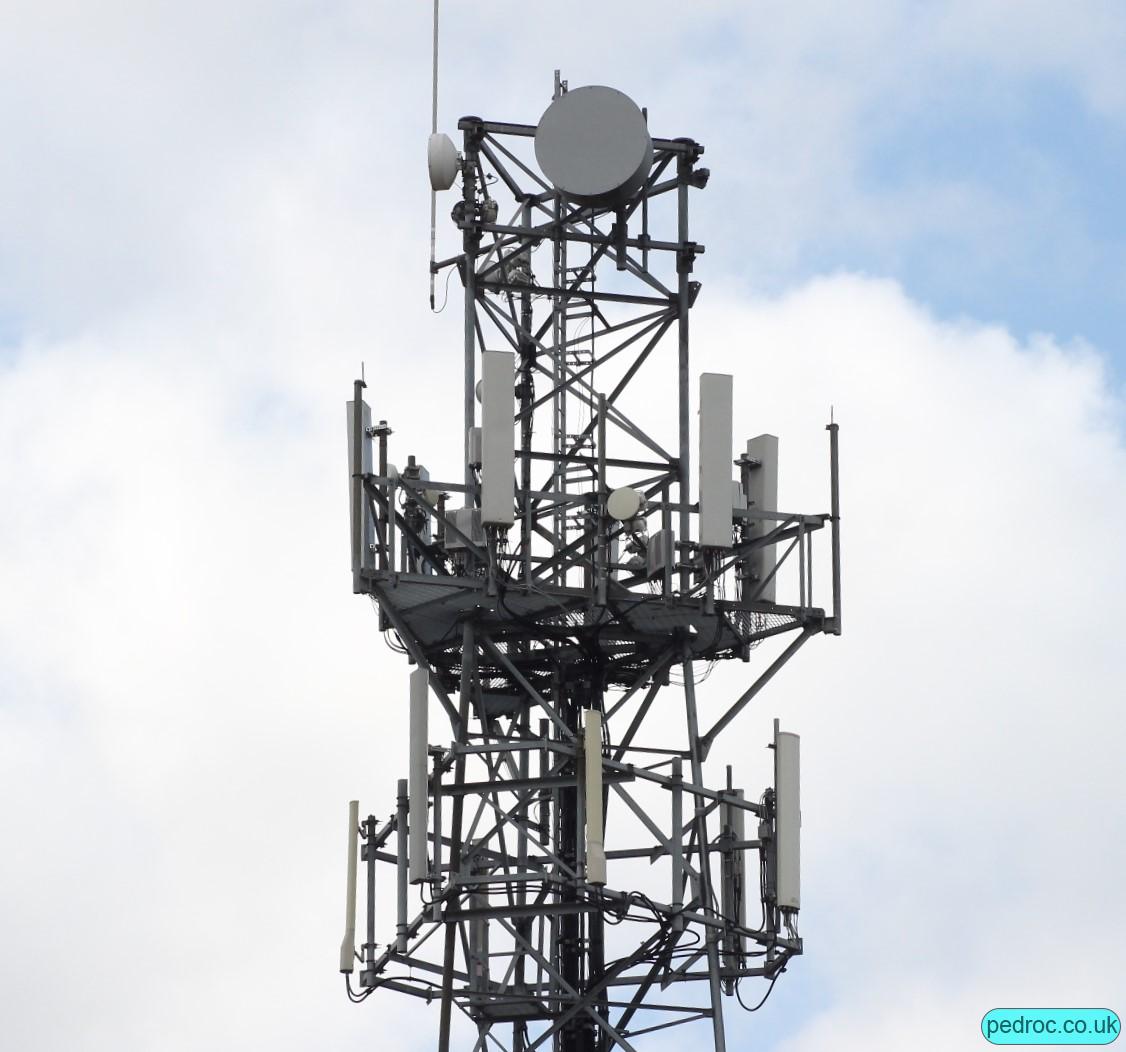 An overall look at the mast tower. The newer panels that are carrying the Vodafone 2600MHz are ontop, with the legacy O2 panels below. 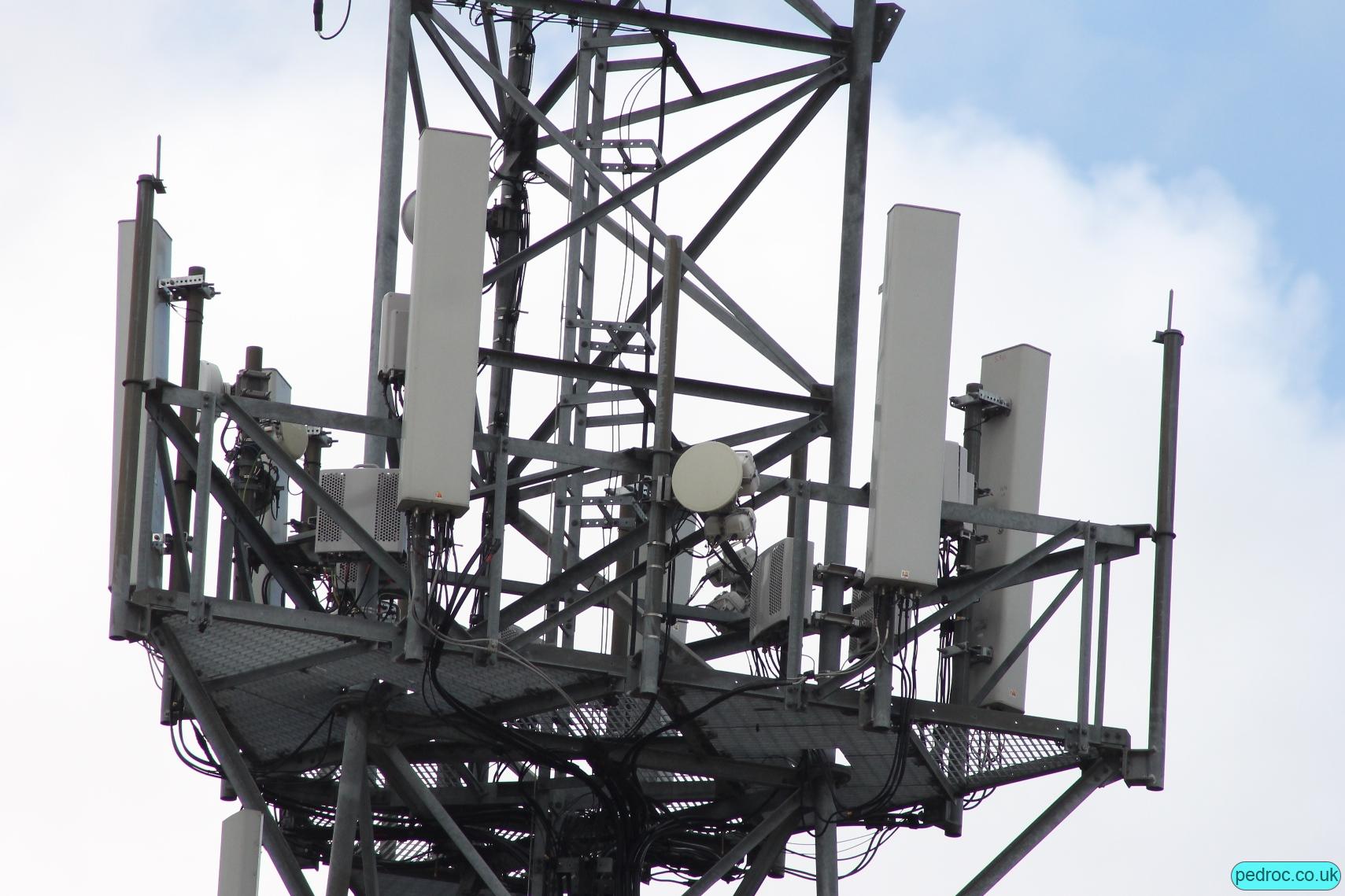 A closer look at the panels of interest. They appear to be Commscope Argus CVVPX304R3 which each have three inputs: Low band, high ultra and high ultra.

A Couple of Vodafone 2600MHz 4G Mast Setups in Manchester. (pictures by Denco1) 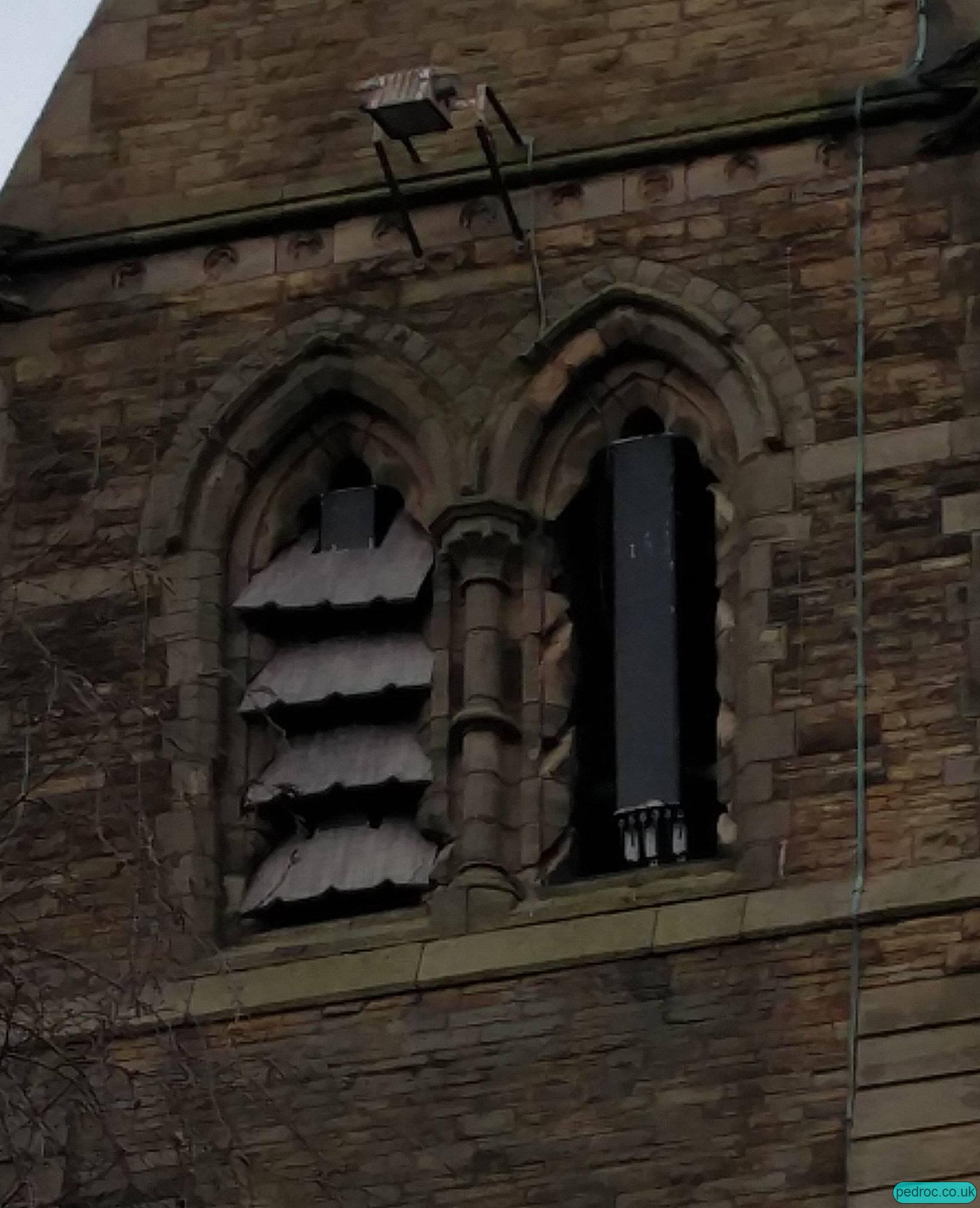 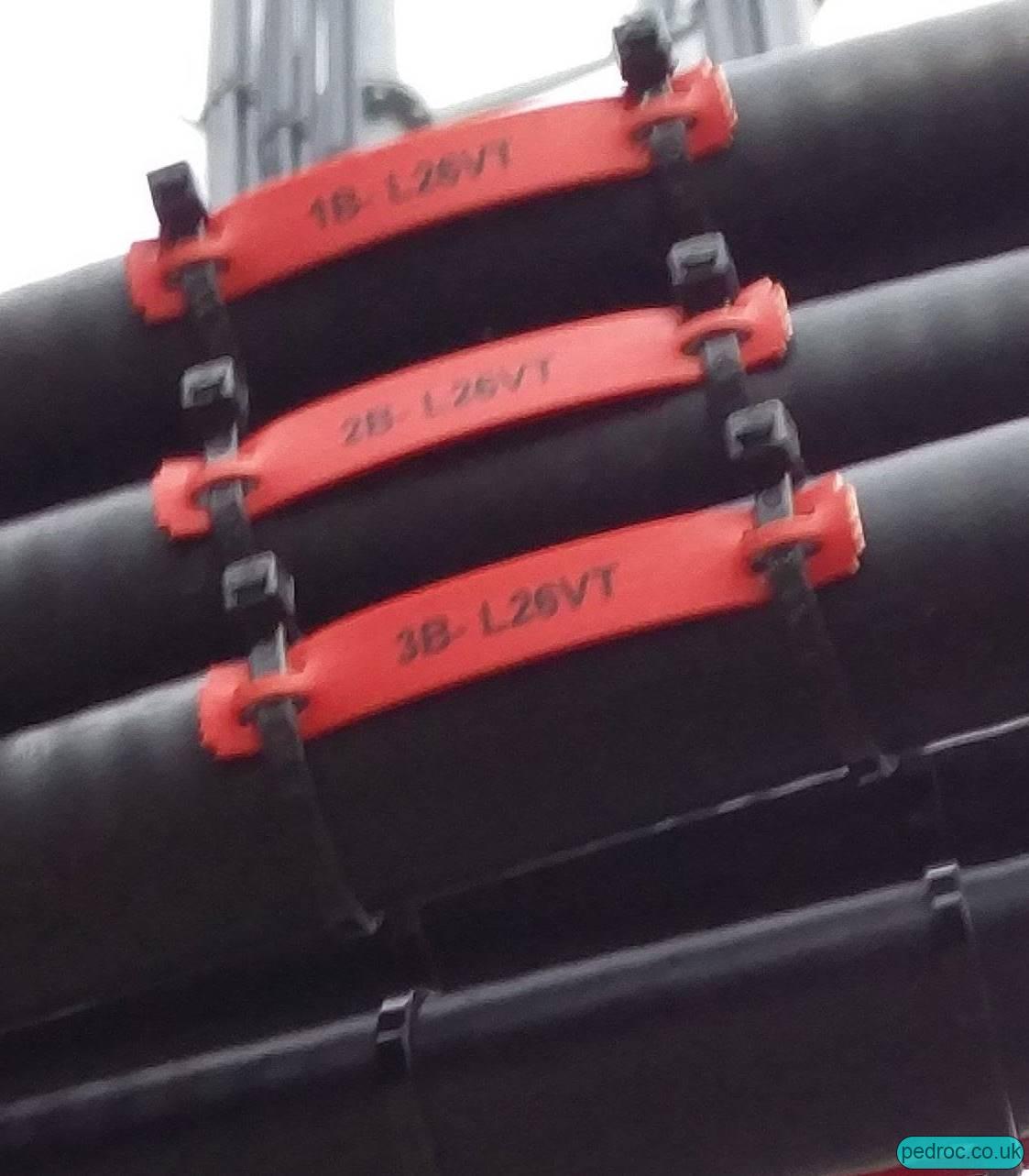